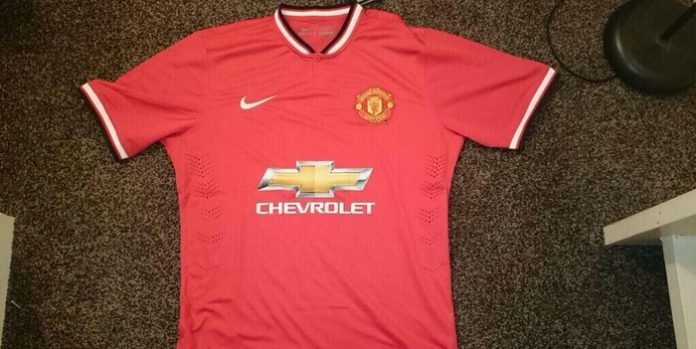 Photos of what appears to be the new Manchester United 2014/15 kits have leaked online, with a huge change coming in the way of the shirt sponsorship, with Chevrolet replacing AON across the midriff.

The two images, of both the home and away kits, have started to do the rounds on Twitter, but there is no word on whether the images are legit. There is a consistency however, considering previous ‘leaked’ images of the 2014/15 shirt this past year, and if they are real, Manchester United fans will be in for quite a shock, with the new strips perhaps needing some getting used to. 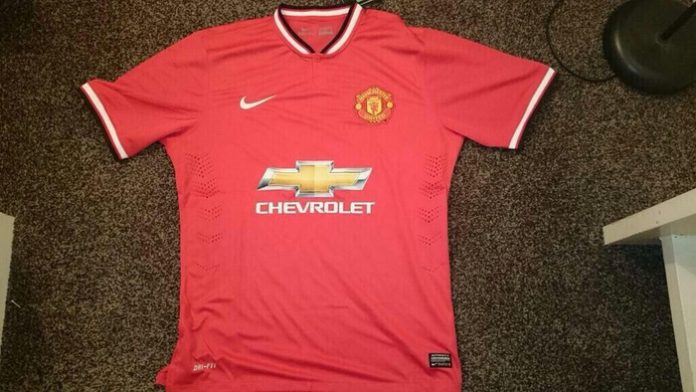 While the traditional red of the Manchester United home kit is unchanged, the appearance of the Chevrolet logo is quite an abrupt change from the previous, subtle AON image. The silver and gold is very striking, but may not go down too well with the United fans, with the change a substantial one.

The collar and shirt cuffs sport a white, black and red trim, while the rest of the shirt remains untouched in terms of style. 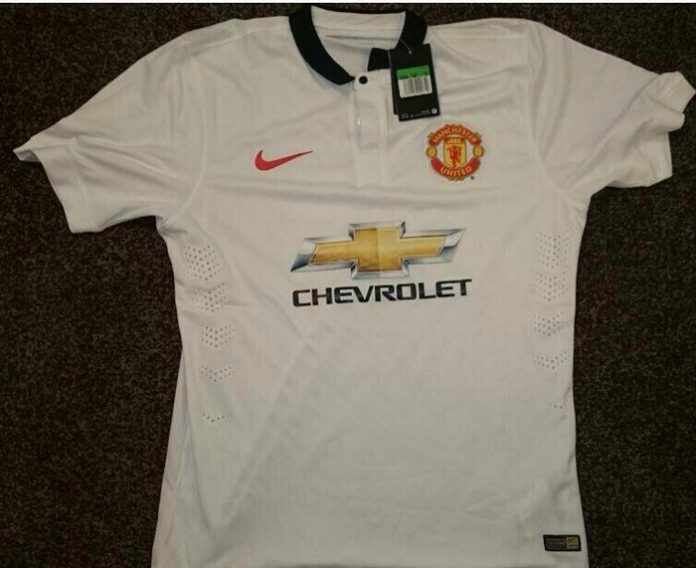 The away kit arguably accommodates the new Chevrolet logo better than the primary strip. The contrast between the gold and the white, with the silver trim around the cross, seems to blend more easily, with the red Nike tick and black collar finishing it off well.

We stress that these images are not by any means official, and until the club releases images themselves, we must take photos such as these with a pinch of salt. Still, if this is a sign of things to come, United fans may need a period of adjustment, with Chevrolet muscling their way quite obviously into proceedings.

The leaked photos of the two kits were found via @MUFCBulletin.

What do you think? Like it, or loathe it? Get involved in the comments below…