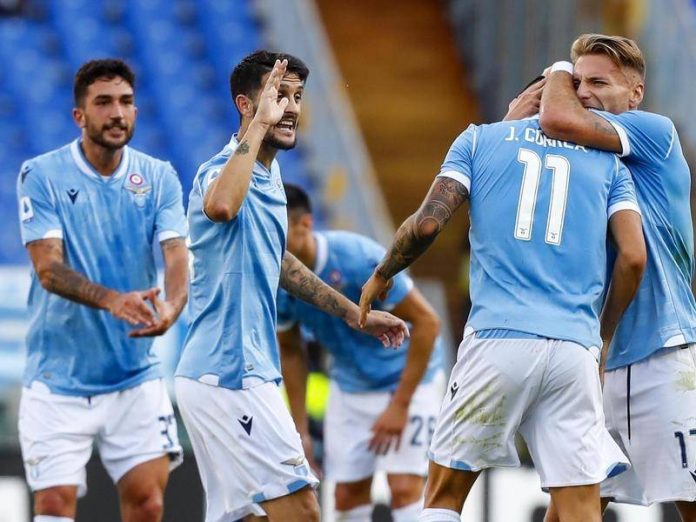 Lazio will return to action this weekend as they take on Bologna at the Stadio Olimpico in the Serie A.

Lazio will enter Saturday’s clash on the back of a 4-0 defeat to AC Milan in the Coppa Italia in midweek. Olivier Giroud earned a brace while Rafael Leao and Franck Kessie also scored to claim an emphatic victory for the Rossoneri.

Lazio are currently sixth in the league standings, having secured 39 points from 24 matches. They have won two of their last five matches in the Italian top-flight, losing once and drawing two.

Meanwhile, Bologna are 13th in the table, with 28 points from 23 matches. The Greyhounds are enduring a difficult run of form at the moment. They have lost three of their last four league matches.

Bologna played out a goalless draw against Empoli last weekend at the Renato Dall’Ara. That was their fourth draw of the season.

Considering the quality of players and current form of the two sides, Lazio should win over Bologna on Saturday.

Back our Lazio vs Bologna prediction with Betfred’s offer

Lazio made a good start to the 2021-22 season, claiming emphatic victories in their first two matches. However, they have been very inconsistent since then.

The Eagles have suffered seven defeats and six draws so far this campaign. They have been victorious in 11 matches and are currently occupying sixth spot in the league table.

Lazio are currently not playing their best football, having suffered a 4-0 loss against AC Milan in the Coppa Italia in midweek. However, they have enough quality in their ranks to outclass Bologna in the upcoming home encounter.

The Eagles struck three goals in their previous Serie A clash against Fiorentina. We are expecting a high-scoring affair at the Stadio Olimpico when Lazio take on Bologna.

The last time these two sides met at the Renato Dall’Ara in October, it was Bologna who claimed an emphatic 3-0 victory. However, Lazio will be aiming for revenge this weekend and it looks more likely that they will win.