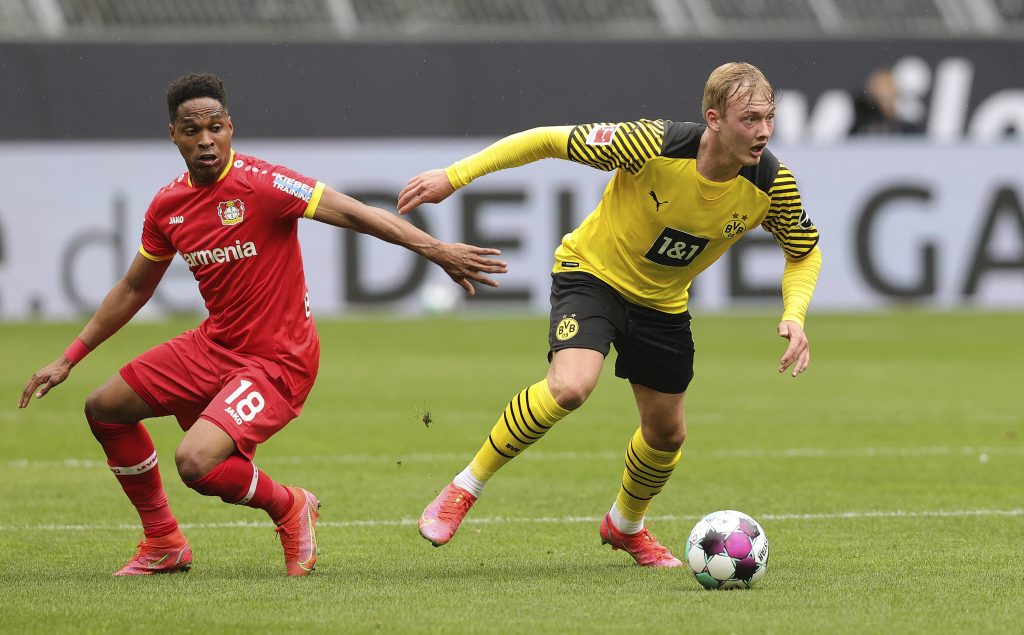 Lazio are keen to make a €4 million for Julian Brandt with an option to purchase for €23m, according to reliable journalist Daniele Longo.

The 25-year-old made 31 Bundesliga appearances last season, as Dortmund finished third in the standings.

Dortmund finished 14 points behind Bayern Munich and will be looking to make changes to their squad for next season.

Brandt may be one of the players they may be willing to part ways with as they look to raise funds for signing new players.

After missing out on selection to the German Euro 2020 squad, Brandt may also be keen for a new career challenge.

By joining Lazio, he will get the opportunity to play in the Europa League and likely be a key component of the Serie A side next season.

Meanwhile, another player who has been tipped to leave Dortmund is striker Erling Braut Haaland.

He scored 27 goals in the Bundesliga last season and is now one of the most talked-about strikers in world football.

At just 20-years-old, Haaland is still in the early years of his professional career but has exceeded the levels of many strikers who are in their prime.

He is destined to leave Dortmund at some point in his career, but the club have made it clear that they want to keep him for another season.