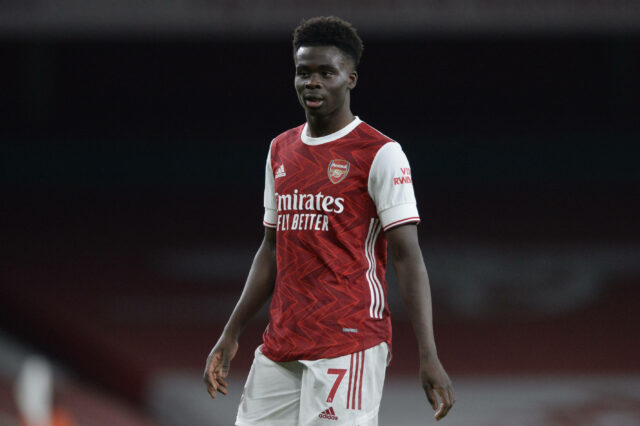 Lauren has showered praise on Bukayo Saka and Emile Smith-Rowe ahead of the Gunners’ Europa League clash against Villarreal.

Arsenal are struggling in the Premier League and are likely to miss out on a European spot this season.

The former Arsenal star feels that the club must win the Europa League, or they could be left behind if they cannot secure Champions League football next season.

Following their 1-0 defeat against Everton, Mikel Arteta’s side are tenth in the Premier League.

Europa League glory has remained their only realistic chance of clinching a place in next season’s elite club competition.

However, Lauren has been impressed with the performances of several young players at the club.

He feels a Europa League win and a return to the Champions League next season would be ideal for their development.

Lauren told The Mirror: “Bukayo Saka is absolutely brilliant. Emile Smith-Rowe can play any position – he plays it simple, makes the right pass at the right moment. Bukayo doesn’t rush his game.

“But those two players and the other young players need other big players to fulfil their potential, and they need the team to progress.”

Saka has been outstanding this season for the Gunners. The 19-year-old attacking midfielder has scored seven goals and five assists in all competitions.

Smith-Rowe has been equally impressive, and Arsenal want to tie him down on a long-term deal at the club.

In other news, check Villarreal vs Arsenal preview and predicted line-ups.