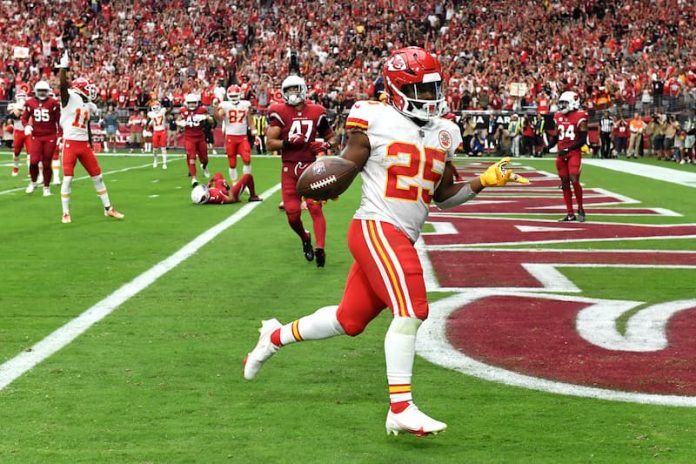 We have an AFC West matchup on Monday night between the Las Vegas Raiders and Kansas City Chiefs. There are some very good props you can play individually or as part of a parlay, and we think we have three solid plays for this contest.

We have three plays you can use towards a Raiders-Chiefs same game parlay at Betonline and our three picks could net you $8500.00 from the $1000 NFL free bet which you can claim below.

Las Vegas hasn’t fared well away from Vegas and is 1-5-0 ATS against the Chiefs in Arrowhead Stadium. Since Andy Reid became head coach in 2013, Kansas City is 57-20-0 straight up as home favorites. The Chiefs may or may not cover the seven points, but there’s a strong likelihood they will win this game tonight.

The Raiders are the underdog and most likely will be looking to close in on some size deficit, and if anyone on the Raiders is going to score tonight, it will likely be Adams. The Raiders wideout leads the team in TD’s, targets, receptions, receiving yards with four big plays of over 20 yards. Kansas City allows 2.5 TD receptions per contest, and it’s a good bet Adams will find the end zone tonight.

Edwards-Helaire leads Kansas City in rushing TD’s and tied with Travis Kelce with a team-high three receiving TD’s. He’s found the end zone in three of his four contests this season and faces a Raiders defense allowing 1.8 receiving TD’s and 1.3 rushing TD’s per contest. Edwards-Helaire won’t likely be the only Kansas City player to score a TD, but he is the most likely to find the end zone.

The alternate 28.5 point line is 2.5 points higher than the oddsmakers total, and that’s too many for this contest. These two sides combined surrender 49 points per matchup but this being a divisional game that Vegas desperately needs, expect a sluggish 1st half. The Chiefs 1st half defense allows 11 points in the 1st half, while the Raiders may have a tough time reaching their 13-point first half average.