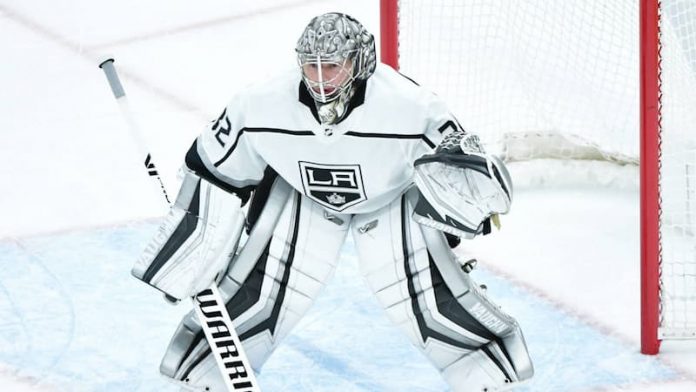 We have the season opener for both sides when the Las Vegas Golden Knights meet the Los Angeles Kings tonight at 10:00 pm ET at crypto.com Arena.

We have three plays you can use towards a Golden Knights-Kings same game parlay at BetOnline and our three picks could net you $1800.00 from the $1000 NHL free bet which you can claim below.

How To Claim The $1000 NHL Same Game Parlay Free Bet

The Kings are trending upwards after a couple of very rough seasons. Legendary Kings net minder Jonathan Quick is still one of the best in the game, and went 1-1-0 against Las Vegas in 2021. Las Vegas net minder Logan Thompson was 1-0-0 last year against the Kings, allowing just a goal, and the goalkeeping is going to rule this game. Take the under tonight.

Eichel was acquired by Las Vegas this past November from Buffalo in the hopes he would help a poor, goal scoring Golden Knights club. Eichel potted his first goal of the preseason in their last preseason game, and he’s likely going to be one of the few goalscorers tonight. Take Eichel to score a goal.

We’ll likely have a low scoring game and Quick is a much better goaltender with a better defense and has the more talented offense. Thompson is fighting for a starting job, and Los Angeles will put too much pressure on the young cage protector tonight. Take the Kings to win this game.