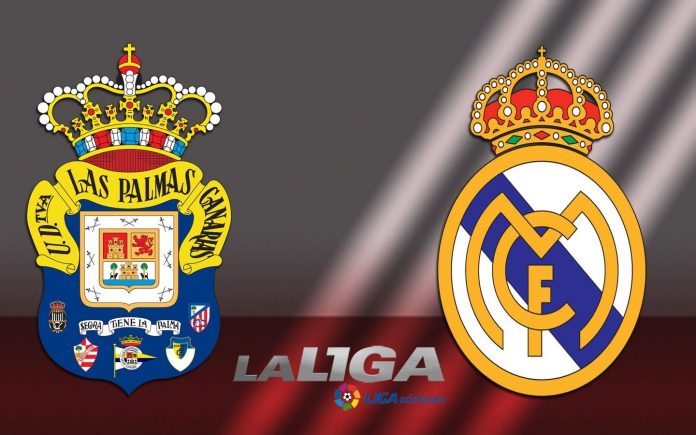 Las Palmas host Real Madrid in La Liga this weekend and the home side will be looking to continue their impressive run of form at home.

Las Palmas are unbeaten in their last six home matches.

The home side have had a mixed start to the season. They have won three and lost twice in La Liga so far.

After a thumping against Real Sociedad in their last outing, Las Palmas will be aware of the improvement needed against Los Blancos this week.

The hosts will be without a few of their first team players for this match.

Pedro Bigas is out with an injury problem, with Mauricio Lemos carrying a knock.

Hernan, David Garcia, and Angel are all ruled out with injuries as well.

Real Madrid have made a fantastic start to the season but Zidane won’t be happy with the drawn against Villarreal earlier this week.

The Spanish giants will want to get back to winning ways and the game against Las Palmas is a great opportunity for them to do just that.

Los Blancos have a good head-to-head record against Las Palmas and will be hoping to add that this weekend.

Zidane will be without the services of Marcelo, Pepe, Navas and Casemiro for this game.

Real Madrid have won their last 9 away matches in La Liga.

Real Madrid have kept a clean sheet in their last 4 away matches in La Liga.

Real Madrid have scored at least 2 goals in 8 of their last 9 away matches in La Liga.

Real Madrid have won 5 of their last 6 matches against Las Palmas in all competitions.

Real Madrid have scored at least 2 goals in their last 4 matches against Las Palmas in all competitions.

Las Palmas are undefeated in their last 6 home matches in La Liga.

Real Madrid have been winning at both half time and full time (1.74) in their last 3 away matches in La Liga.

Real Madrid are in supreme form right now and have always impressed against Las Palmas. Get them to win at 1.35 with 138.com.

Real Madrid will be desperate to get back to winning ways after dropping two points in their last game.

Despite the injury worries, Los Blancos are comfortably better than Las Palmas and are likely to win this one.