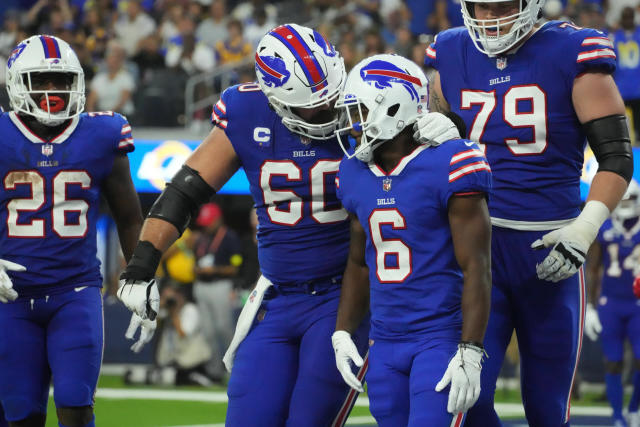 LaDainian Tomlinson is undoubtedly going to go down as one of the greatest running backs that ever played the game. What he was able to do throughout his career is nothing short of impressive and everybody that’s a fan of the game understands how special he truly was. He is now getting into some media things, and most recently had some positive things to say about the Buffalo Bills.

What he’s saying about the Buffalo Bills here is totally accurate. This team is about as good as we’ve seen throughout the past few decades and at the moment, they have undoubtedly been the top team in the NFL.

“I think this Bills team is primed to make a deep run and possibly win a championship,” Tomlinson said. “What does it take to do that? You got to have the experience. You gotta get there, you gotta be there, make deep runs.”

“I think there are some super talented teams in the AFC,” he said. “So I believe whoever comes out of the AFC will probably win the championship. Because those teams in the AFC are going to beat the h*ll out of each other this season.”

Although it’s too early in the year to crown a champion only after two weeks if there’s one team that should it be getting the nod as the eventual champion, it’s certainly the Buffalo Bills.

With Josh Allen, and their defense, with some of the weapons that they surrounded their quarterback with, this squad looks to be nearly unbeatable at the moment. They have played in two primetime games against the Los Angeles Rams and then a Monday Night Football contest against the Tennessee Titans. Buffalo destroyed both of them.

Beating both of those teams the way that they did has been impressive for Buffalo to start the season and if they can continue playing the way that they have, there’s a good chance that this team might be the second one in NFL history to go undefeated. They likely aren’t too worried about that at the moment and are more so focused on winning a Super Bowl, but both things are achievable this year for them.