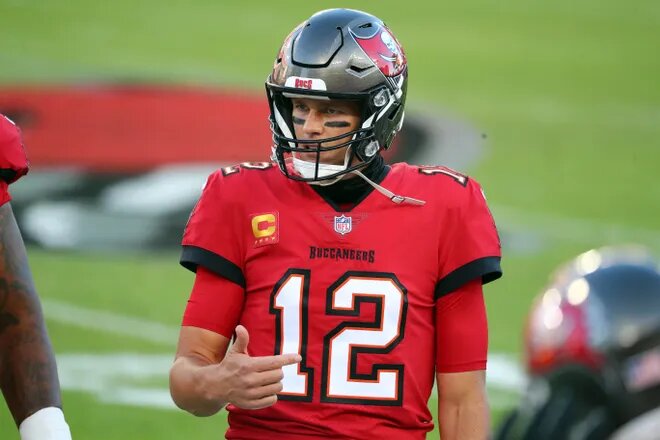 We have a non-conference Sunday Night football matchup when the Kansas City Chiefs meet the Tampa Bay Buccaneers. We have three plays you can use towards a Single Game Parlay at Betonline and our three picks with a $1000 free bet would net you $7386.58.

Join BetOnline And Back Our Chiefs vs Buccaneers Same Game Parlay

Hard to believe the Chiefs are a “pick-em” against the injury riddled Tampa Bay offense. Kansas City choked one away in Indy last week, but this is still one of the best offenses in football, led by one of the best QB’s in the pro game.

It won’t be easy for Chiefs QB Patrick Mahomes against a Bucs defense allowing one TD pass per contest, but the veteran QB has slung it for 857 yards with eight TD’s against one interception. Kansas City may have injuries to their wideouts, but he has his leading receiver available and TE Travis Kelce has 230 receiving yards with a pair of TD’s.

No one has ever done it quite like Bucs QB Tom Brady. He’s a legend, but he has a mess on his hands. Tampa Bay is dealing with offensive-line injuries, nearly all their wideouts are hurt, and Brady hasn’t looked much like the “GOAT”.

Brady has thrown for 673 yards, with three scoring strikes and an interception. He faces a Chiefs secondary allowing 2.3 aerial TD’s per contest, and while Mike Evans could have a big night, it won’t be enough to outscore Kansas City.

We would love to get a better price here, but -107 is a decent number for a Chiefs side to win this game, and they will win this game for the reasons described above.

Leonard Fournette has been tasked with carrying the offense and while he’s rushed for 227 yards through the first three games, he hasn’t found the end zone and won’t likely have that much impact against a Kansas City defense allowing 87 rushing yards with less than a TD.

45.5 points seems low for this contest.

The status of several Tampa Bay receivers is up in the air, and I fully expect the Chiefs to win no matter who plays for the Bucs.

Tampa Bay will have Evans back from suspension, and he’s snared eight of his 11 targets for 132 yards and a TD, but what if either Chris Godwin and or Julio Jones are active? That would certainly give Tampa Bay some additional firepower and would impact the score.

The Bucs defense faces a powerhouse offense for the first time this season. Tampa Bay did a good last week against a Packers offense still figuring things out, but the Chiefs already know what to do. If they execute on offense, and we believe that they will, this game is going over the total.