When FIFA unveiled its nominees for its 2007 World Player of the Year award, there were some grunts and groans. It may seem obvious to reiterate that some of the most influential, important, and talented players were left out for others that failed to achieve similar greatness (Cannavaro and not Totti? Lampard but no Ibrahimovic? Ronaldinho over Fabregas?), making the honesty of the award a little less credible.

While there is dissatisfaction over the nominees, the most frustrating aspect of the list seems to be the automatic assumption that one certain Brazilian would claim the title. While Kaka is a great player, if he was the best player of 2007 is asking a different question.

In terms of the regular Scudetto season, Kaka scored 8 goals. In the Champions League, he was the lead scorer with 10 goals. Kaka won three UEFA Awards: Top Scorer, Best Forward, and Club Footballer of the Year and he was named FIFAPro’s 2007 Player of the Year. He helped lead AC Milan last season’s Champions League victory. He was largely absent in international play (he sat out of the Copa America, needing to take a well-deserved break from what is otherwise 3 full seasons of uninterrupted soccer). These stats are all relevant, as the award is FIFA World Player of the Year, not Champions League MVP (he seems to have already won that award).

While it is more than just awards and goals that go into both Kaka and Ronaldo’s performances last year, good arguments can be made that Kaka may not have been the best player of 2007. Even if he ends up receiving the award, there should be more dialogue as to who the better player was, and not this automatic assumption that Kaka will take the silverware. So in determining why Kaka is the clear favorite, other factors between those two players become unfortunately relevant. 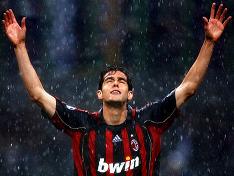 Aesthetically everything about Kaka makes him look, play, and act like an agent’s dream of an ideal player. He grew up in an upper middle class family. He is 25 but could easily pass for 21 in terms of looks. In terms of maturity he acts beyond his age. He has a wife (his teenage sweetheart of course) who doesn’t appear to be tabloid fodder, so it’s assumed she is not a distraction or controlling aspect of Kaka’s career (unlike the way the British WAGS tend to be portrayed). He is good looking (modeling contracts with Armani) and Brazilian (thus the automatic Joga Bonito allure). He is humble.

He is also an incredible Evangelical Christian, something that intensified after an unfortunate accident from a swimming pool that could have left him paralyzed. He attributes that healing to God and has the words “God is Faithful” stitched onto his boots. He is the youngest UN World Food Program Ambassador and gives 10% of his wages to his church. And that arm raising to the sky after goals scored is a perpetual thanks to God for allowing his recovery from his accident.

Its no secret that Kaka is a Christian — and not just religious, but close to being a zealot. While players can get penalized for stripping off their jerseys, when Kaka does it, he reveals not a bare chest but a shirt reading “I belong to Jesus.” He follows up these statements with actions though. In an interview with Champions League Magazine for the latest issue, he overtly states that he is very radical with his principles, and that if something goes against those principles, he will always refrain. To that end, he refuses to do any advertising for alcohol or cigarettes. While that seems to be logical as he is an athlete and wants to promote a healthy and active lifestyle, it is actually his devote evangelical faith that dictates that decision. He claims to have never cried over football, and he prefers to stay at home with his family in his spare time. He reads the Bible daily. He is not flashy. He is an ideal, although perhaps not realistic, footballer.

Cristiano Ronaldo, however, doesn’t seem to be such a martyr. He is also good looking but vain (sin!) — a recent injury to his face prompted him to state that he wasn’t worried and that he would soon be beautiful again. He is confident on the verge of cocky. He grew up poor. He is clearly not married. He rather hides who he dates which makes him worthy of tabloid speculation (Gemma Atkinson? Were they or weren’t they?). He pays for sex and shares those prostitutes with his roommates. He is known to be a diver. He has that whole World Cup wink mess haunting him. He cries over football (a lot). He doesn’t seem to be affiliated to any organized religion, and even if he is, he doesn’t appear to showcase that religion very openly. When he takes off his shirt, it’s to show off his abs and not his love of Jesus. He doesn’t have an official United Nations ambassadorship. He can be construed as being flashy in dress and in lifestyle. He is a stereotypical footballer.

So for these two players that were both outstanding last year, it seems that one aspect cements the differences between these two: one is an evangelical Christian and the other is not. Without that faith, what would Kaka’s everyday life be? Nothing about Ronaldo’s choices is really all that bad, but when you compare any footballer — or any average person — against Kaka and his lifestyle a la Jesus, Kaka wins. No contest. 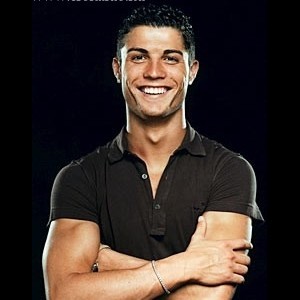 On the pitch, Ronaldo was beyond expectation last season. Off the pitch, he’s acting like a 22 year old, million-dollar paycheck, footballer. Kaka’s performance on the pitch sets him apart from some of the best footballers, but his actions off the pitch are more like an athlete who attends seminary at nights. To be sure, there is absolutely nothing wrong with being a Christian; Kaka is doing amazing things for people in need and he has a lifestyle that doesn’t hurt anyone. But neither player’s personal time should matter in terms of evaluating who was the better footballer.

As FIFA doesn’t seem to punish players for actions like Ronaldo engages, it would be assumed that they would also not reward Kaka for his choices either. FIFA is, after all, not St. Peter, and this award isn’t a morale competition, but an award being given to the best player of 2007. Lifestyle choices, whether agreed with or not, should have absolutely no bearing on how the player performs on the pitch, or how he is evaluated there from.

FIFA seem to want to cloud this award with an unspoken hint at what footballers should be doing in their spare time. Is FIFA punishing players that are not pious? Or are they quietly sending a message to footballers that FIFA will no longer just look at those 90 minutes in terms of what makes a Best Player? While it certainly discredits the award, it also unfairly punishes players for making decisions that are possibly not in accord with FIFA’s unofficial code of conduct. But if it’s unofficial, then it shouldn’t count. Especially not for this award.