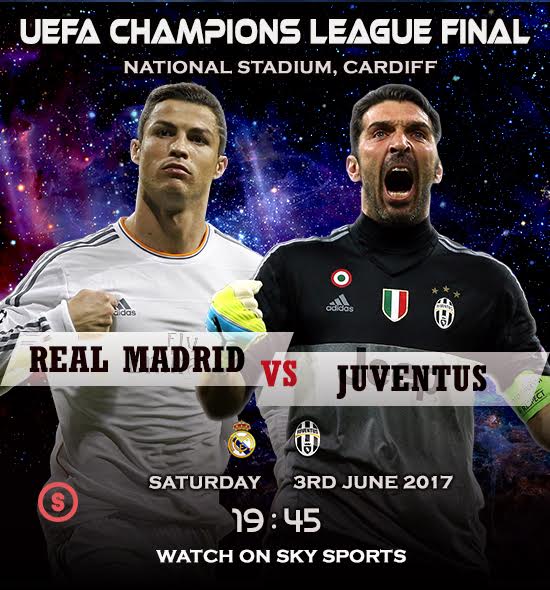 Juventus and Real Madrid face each other in the Champions League final next week and the Italian giants will be looking to go all the way this time.

They were beaten by Barcelona in the 2015 final and Allegri’s men will look to win the trophy this season.

The Italian champions were spectacular during the knockout rounds and if they can maintain that form against Real Madrid, they could end up completing the treble this season.

Pjaca and Rugani are the only injury worries for the Serie A side right now.

Los Blancos lifted the La Liga title last week and they will be full of confidence heading into this game.

Zidane has already guided his side to the Champions League trophy last season and Real Madrid will be hoping to defend their crown now.

The Spanish giants are likely to be without Carvajal for the final. 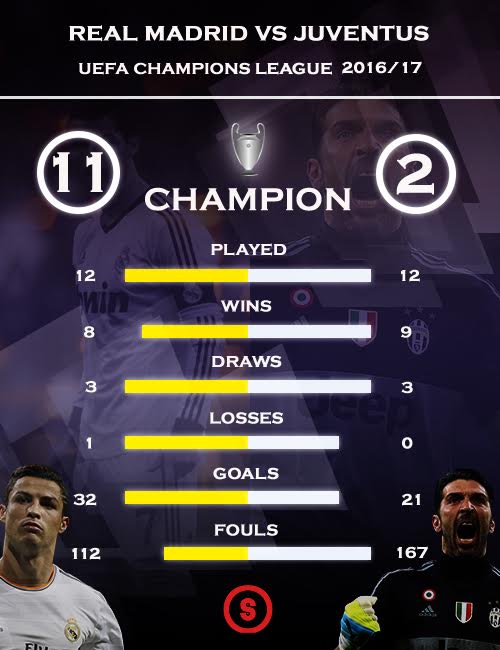 Juventus have won 7 of their last 8 matches in the UEFA Champions League.

Real Madrid have won 5 of their last 6 matches in all competitions.

Both teams have kept 3 clean sheets in their last 6 matches in all competitions.

There have been over 2.5 goals scored in Real Madrid’s last 12 games in the UEFA Champions League.

Real Madrid are full of confidence after their title win. Furthermore, they have been in excellent form over the last few weeks. Bet on Los Blancos to win.

Juventus are excellent at the back and will make Real Madrid work very hard. However, Los Blancos have shown that they can perform under pressure and score important goals.

They have already beaten the likes of Bayern and Atletico in the knockout rounds and will look to see off Juventus here.

In terms of quality and experience, Real Madrid are favourites for this one and they should be able to win.