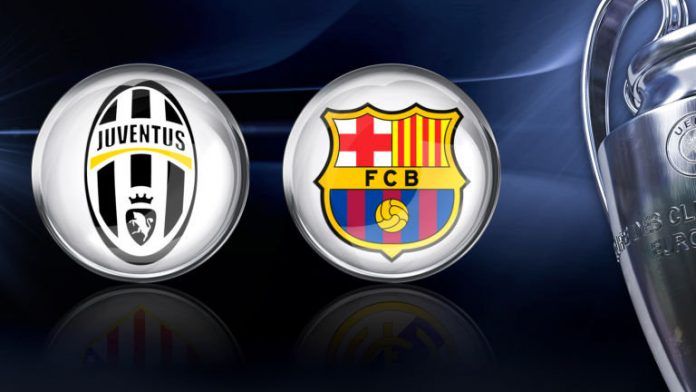 Juventus host Barcelona in the Champions League this week and the Italian giants will be looking to secure a positive result at home.

The Serie A outfit have an excellent record at home against the Catalan giants. They have never lost to Barcelona at home. Furthermore, they are currently 21 games unbeaten in European home matches.

Marko Pjaca is the only injury worry for Max Allegri this week.

Barcelona have had a mixed season so far and the Spanish giants are trailing Real Madrid in the title race. They will want a successful end to their season by doing well in Europe and this is a vital game for them.

The away side have only won four their last 10 away matches in the competition and have lost two of their last three. This will be a tough challenge for Luis Enrique’s side.

Barcelona have triumphed in eight of their 11 two-legged matches against Italian sides in the past and will look to add to that tally here.

Vidal, Rafinha, Busquets and Turan are ruled out for the away side.

Barcelona have won 23 of their last 29 matches in the UEFA Champions League.

Barcelona have scored at least 2 goals in 24 of their last 30 matches in the UEFA Champions League.

Juventus have kept a clean sheet in 6 of their last 8 matches in the UEFA Champions League.

Juventus have won 6 of their last 7 matches in the UEFA Champions League.

There have been over 2.5 goals scored in 7 of Barcelona’s last 8 games in the UEFA Champions League.

Barcelona have a very good record against Italian sides in Europe. Bet on the away side to win.

Juventus have never lost to Barcelona at home and are in very good form right now. Bet on the home side to win.

Juventus will be confident of getting a result here. Barcelona have been very inconsistent this season and will need to improve significantly.

The Italian giants have a fully fit squad and will look to secure a first leg advantage here. The absence of Busquets will be a major blow for the La Liga outfit. A home win seems likely.