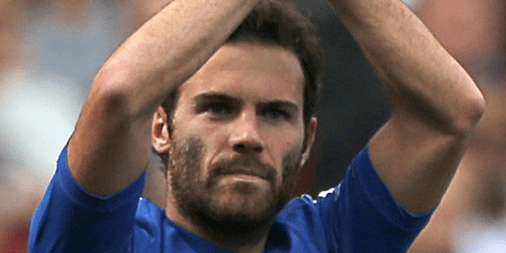 Chelsea midfielder Juan Mata has questioned the idea of being burnt out after saying he is fit enough to keep playing for Chelsea throughout the rest of the season.

Mata played his 29th game of the season in the Boxing Day win and has reportedly told manager Rafael Benitez not to drop him.

Burnout is the common name given to the effect of playing too many matches in a short space of time or over the course of a long season.

Mata’s comments suggest that the current fitness levels of players at Chelsea, and across other clubs in the Premier League, are greater than they ever have been.

“I want to play more, I want to keep playing, keep training, keep enjoying this club and this Premier League.

I’m very happy with how it’s going – the season – for me and for the team and I just have to keep working.”

Chelsea have played more matches in December than any other side in the Premier League. Their ninth match of the month is the away trip to Everton this weekend.

Benitez recently said that squad rotation would be in the staple diet of how he manages the club to guard against the fatigue of key players.

Tinkering and changing his team is something the Spaniard has done throughout his managerial career and it can sometimes back fire with high profile players becoming annoyed that they have been left out.

However, Benitez does have a point in the respect that the pressures and nature of playing top flight football frequently can cause subtle injuries which can turn into long term problems.

Mata may want to play every single game he can and he may be fit enough to do so but there will be other players at 100% when he is recovering at 80%.