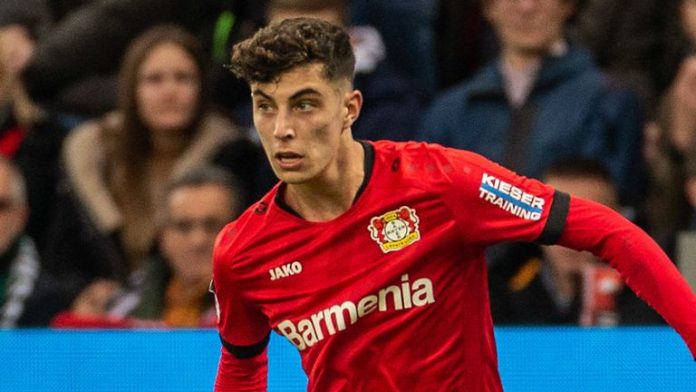 According to Bild’s Head of Football, Christian Falk, Newcastle United are competiting with Real Madrid, Chelsea and Manchester United among other clubs for Bayer Leverkusen star Kai Havertz.

Falk has claimed on Twitter that Newcastle, Chelsea, Madrid, Barcelona, United and Bayern Munich are interested in signing Havertz from Bayer in the summer transfer window.

The well-known journalist has also reported that talks between the attacking midfielder and Frank Lampard’s Chelsea have already taken place.

Because of many requests. True: Kai Havertz can imagine to play for @ChelseaFC. True: there are already talks. But: @ChelseaFC is not the one and only Club for Havertz @realmadrid @FCBarcelona @ManUtd @FCBayern @NUFC

Havertz is one of the best young players in Europe and has been playing well for Bayer.

According to WhoScored, the Germany international, who can also play as a winger, has scored 11 goals and provided five assists in 26 Bundesliga game for Bayer so far this season.

The 20-year-old also played five times in the Champions League, and has scored three goals and provided two assists in three Europa League games for Bayer, according to WhoScored.

While it remains to be seen if Newcastle can convince Havetz to move to St. James’ Park when he is wanted by some of the biggest clubs in the world, there is no doubt that the German – described as a “great” player by Liverpool manager Jurgen Klopp on Sky Sports – would be a superb signing for the Magpies.