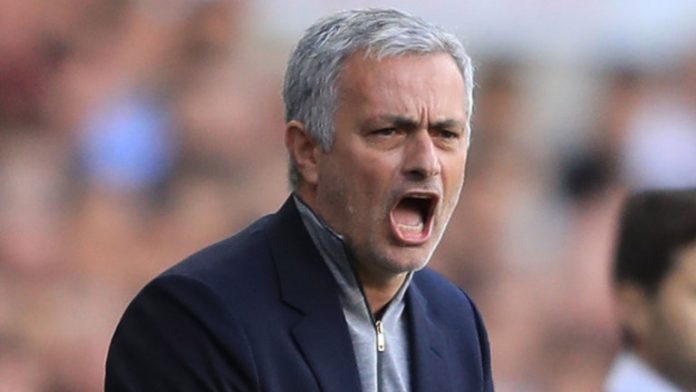 Manchester United boss Jose Mourinho has plenty of previous form when it comes to mind games with rival managers.

Arsene Wenger, Jurgen Klopp and Pep Guardiola are amongst the big-name bosses previously caught in Mourinho’s crossfire, and he’s been at it again with a thinly-veiled swipe at Chelsea chief Antonio Conte.

Mourinho won the Premier League with Chelsea in 2014/15 and he believes his side were more entertaining than the next two title winners.

“For me, let’s be honest and objective,” Mourinho told the Times.

“The last three Premier League champions, Chelsea with Mourinho, Leicester with Ranieri, Chelsea with Conte, which of these teams was the most offensive one?

“Which played more quality football? It was mine. But nobody says.”

Mourinho’s ability to lead from the front was perfectly demonstrated during the 2014/15 campaign, with Chelsea topping the table for a record-breaking 274 consecutive days.

It was the third Premier League title win of Mourinho’s career, adding to three in Spain and two in both Italy and Portugal.

Mourinho’s side won the league by eight points over Manchester City, but their 73 goals that season was twelve less than Conte’s side managed last year.

However, with just seven trophies won during his career compared to Mourinho’s 33, the current Chelsea boss has a long way to go to match his United counterpart.