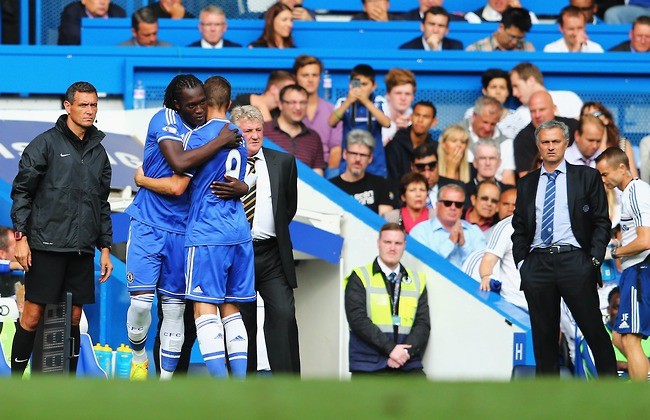 In Chelsea’s third Premier League game of the 2013/14 season, manager Jose Mourinho has already named his third different striker to play the lone role up front.

Mourinho has made no secret he is in the market for a striker – most notably Manchester United’s Wayne Rooney. However, the Europa League winners have so far failed in the quest for the Englishman – after two failed bids.

The Chelsea manager’s outspoken nature can’t have helped boost morale with the strikers, as they all know their position is up for grabs should a new signing be brought in this summer.

Fernando Torres, Romelu Lukaku, Demba Ba, and Andre Schurrle are the side’s four options who can all play in attack, which begs the question: Why isn’t Mourinho sticking with what he’s got?

He’s already said he has no plans to sell any players from the current squad, but he’s more than happy to add more personnel – which could lead to disharmony in the team as players will be all vying for just one place in the side.

It’s a risky game to play, but one Mourinho clearly feels he needs to do if Chelsea want to contend for the Premier League title. Only Rooney is being linked with the London outfit, and one more bid is expected to be made in the aftermath of the Manchester United vs. Chelsea clash, but manager David Moyes has reiterated how Rooney isn’t for sale.