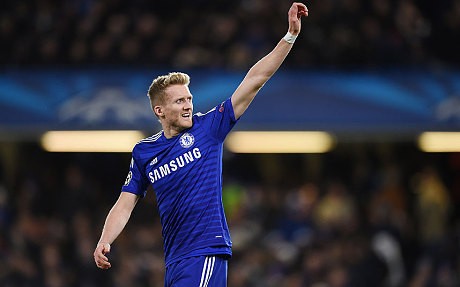 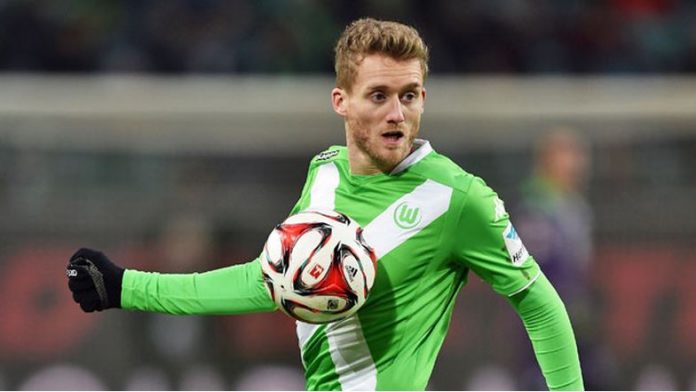 Andre Schurrle was transferred in the January transfer window to Wolfsburg permanently. The German forward thought he would not receive the Premier League winning medal, as he didn’t play in the second half of the season.

Schurrle, the former Chelsea forward, however enlisted to collect his Premier League medal, having fulfilled to required criteria of winning it.

He reveals that his ex-manager Jose Mourinho texted him and invited him to Chelsea’s last Premier League game to collect his medal.

“I did not know that I get a medal if I no longer play much of the second half,” said Schurrle.

“Jose Mourinho sent me a text to tell me that I get a medal – and to invite me to the last game of the season. That was really nice.”

Schurrle expressed his joy for his former teammates and says he still loves Chelsea and that it was a great experience during his time at the club.

“I love Chelsea still, I’m not frustrated. It was a great experience. “

Chelsea will finish the campaign on May 24 (day after Wolfsburg’s final Bundesliga game) against Sunderland at the Bridge.

Schurrle spent two years with Chelsea and had scored 11 goals in 44 league appearances for the Blues. Since his move to Bundesliga club in January, he has managed just one goal in 13 appearances.