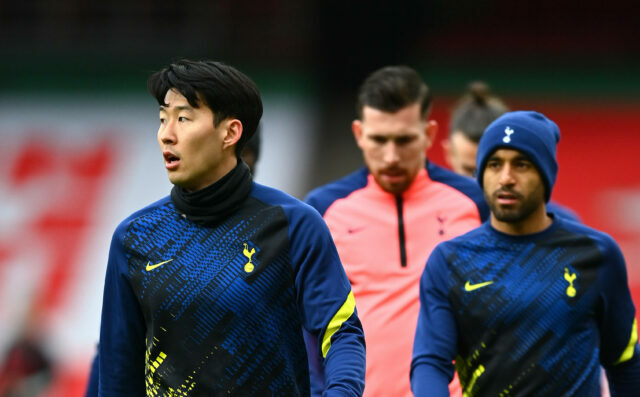 Tottenham Hotspur will face Dinamo Zagreb in the second leg of the Europa League last 16 in Croatia on Thursday.

Spurs are leading the tie 2-0 from the first leg, and they will be looking to progress through to the next round with a strong performance away from home.

Ahead of the match, Jose Mourinho confirmed yesterday that Son Heung-Min is definitely out for this game.

The South Korean international picked up a muscle injury during the north London derby against Arsenal last week, and he hasn’t recovered yet.

Pierre-Emile Hojbjerg is suspended, while Joe Rodon is ineligible as he hasn’t been registered for the Europa League squad.

The big news for Spurs is that Giovani Lo Celso is back in training, and the Argentine has been included in the squad.

The 24-year-old recently returned from a serious hamstring injury, but he was still building his fitness in training. It seems he is now fully fit and has been picked for the Europa League tie.

Dane Scarlett also trained with the first-team squad ahead of this game. The highly-rated 16-year-old winger has travelled with the squad and could get some minutes.

In other news, Paris Saint-Germain are interested in signing Serge Aurier.