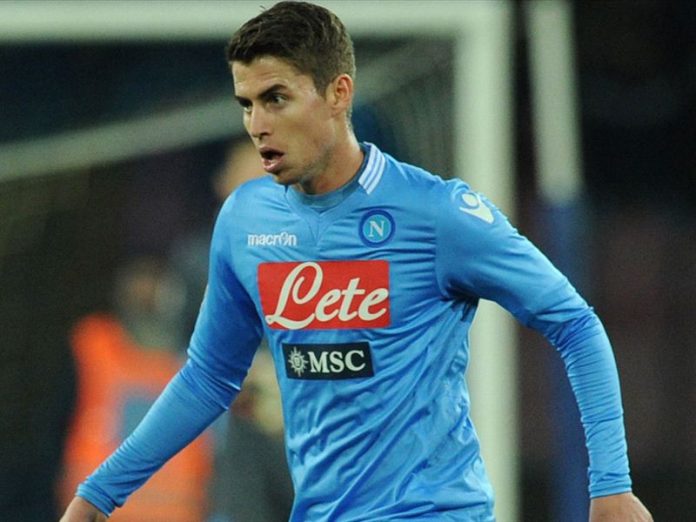 Napoli midfielder Jorginho’s agent has refused to rule out a move to Arsenal in the January transfer window.

The Brazilian-born Italian midfielder has excelled under the Serie A club’s new manager. His form has attracted interest from Arsenal. According to Gianluca Di Marzio, the Gunners had sent their chief scout Tony Banfield to Stadio Luigi Ferraris to watch Jorginho in action for Napoli against Genoa.

The Metro says Napoli value their midfielder around £22.2m. Jorginho’s representative Joao Santos claims his client will leave his current employers if Arsenal make an irrefutable for the midfielder’s signature in the mid-season transfer window.

“One of the head scouts of Arsenal is well-known, and so I know he was at Marassi for the Napoli match. Right now we’re more thinking about Jorginho at Napoli than the transfer market.”

“I’m in Brazil, and when I’m back we can discuss my client’s contract. The priority is getting a call-up for the national team, then there’s the January transfer market. If Napoli receive an irrefutable offer for Jorginho in January then it’s normal that we’d make our assessments.”

The 23-year-old came up through the ranks of Verona’s youth system and broke into their first team in 2010. However, it was difficult for him to seal a place in the first team, which saw him go out on loan to Sambonifacese in 2010-11 season.

He impressed during his loan spell and since returning to Verona, he was the regular player. Jorginho then moved to Napoli in 2014 and is now a rumoured target for Premier League giants Arsenal.