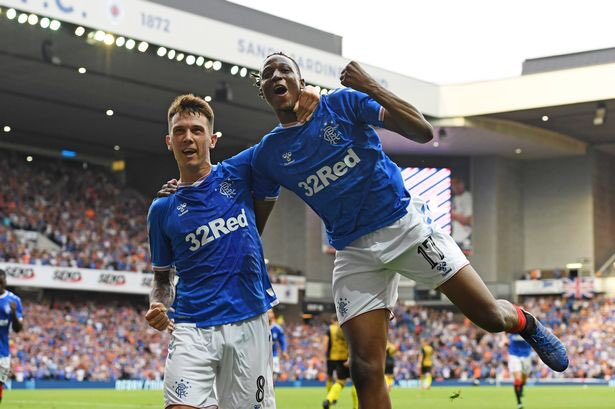 Glasgow Rangers earned a crucial win against Hibernian in the Scottish Premiership on Friday evening.

The Ibrox midfielder Joe Aribo took to social networking site Twitter to express his reaction as Rangers won 3-0 against Hibs.

Jermain Defoe marked his first start in almost a month with the third. It was his 14th goal of the season for the Gers. Ryan Porteous saw red on the hour mark for a reckless lunge on Borna Barisic.

Aribo, who joined Rangers during the summer transfer window, has established himself as a key player for the Gers this season under Steven Gerrard.

The 23-year-old has been a dynamic presence in midfield for the Gers and scored his sixth goal of the season on Friday night.

Rangers enjoyed 50% of possession, attempted 13 shots of which they managed to keep 10 on target, according to BBC Sport.