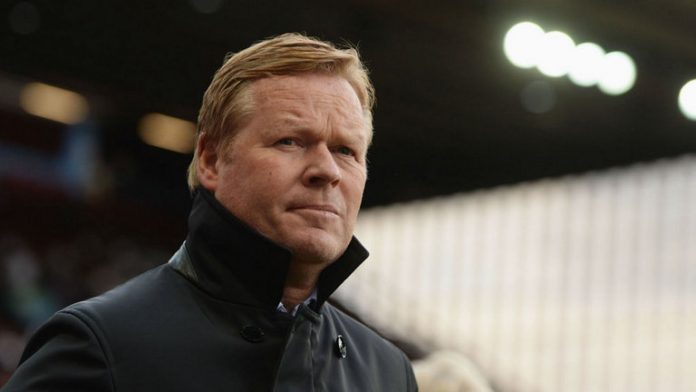 Ronald Koeman may have his Barcelona days numbered as the potential president of the club does not plan to keep the ex-Everton manager in the dugout.

Barcelona boss Ronald Koeman started his era at the club in very good style as he decided to get rid of aged players while also winning his first three league matches in charge of the club. However, in recent months, his exploits have taken a nosedive down to the south as the Blaugrana are looking very inconsistent and in extremely poor form.

Joan Laporta and Victor Font have both made it absolutely clear that they will vouch against the Dutchman’s continuity at the club. Laporta himself has been extremely vocal about his plans going forward and initially wanted to land Pep Guardiola at the club. However, his extension with Manchester City has shed water on the plans.

The 58-year-old has now decided to potentially explore the arrival of Jurgen Klopp, as per Diario GOL. Klopp has won FIFA’s Award for the best coach for each of the last two years and has shown that he is the cream of the crop with Liverpool, guiding them to domestic as well as continental success over the past two and a half years.

Klopp’s incredible playing style has been lauded by many fans and pundits alike, most importantly because he has managed to be successful at two clubs with the same philosophy. Barcelona’s presidential candidate believes the German would be a fantastic addition in that regard and also due to his propensity to deliver more while spending less.

For the time being, Klopp has a contract at the Anfield that keeps him tied to Liverpool until the end of 2023/2024 which means that Barcelona will need to pay a major release fee in the event that they want to land him. Due to the involvement of fees coupled with Barca’s economic crisis, Laporta’s ambition may have already taken an early hit.

Do you think the Catalans must spend lavishly to land the World Coach of the Year?