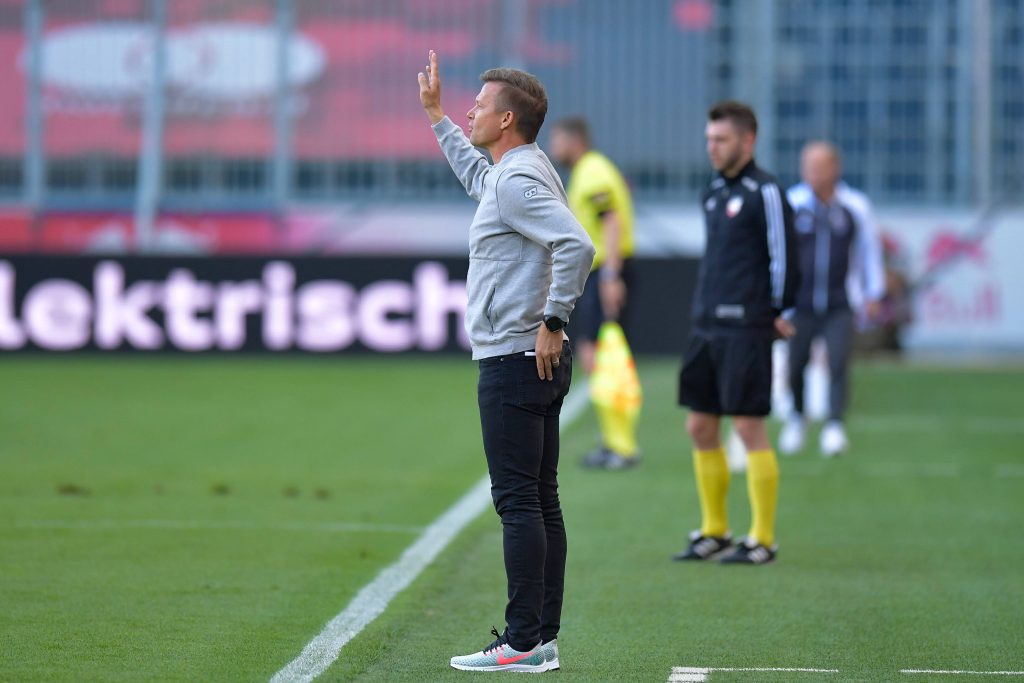 Tottenham Hotspur have been linked with quite a few managers in recent weeks, and it seems that they were keen on appointing RB Salzburg boss Jesse Marsch.

However, Kicker claims that Marsch rejected Tottenham to take over at RB Leipzig as Julian Nagelsmann’s replacement next season.

The Salzburg boss is highly rated within the game and could have been an impressive coup for Daniel Levy and Spurs.

The Londoners are still looking for a quality replacement for Jose Mourinho, with Eddie Howe, Brendan Rodgers, Maurizio Sarri and Max Allegri all linked with the job.

Ryan Mason has been placed in temporary charge until the end of the campaign, but he will not be appointed permanently.

It was reported that Nagelsmann was their top target, but they have missed out on the German and will have to settle for back up options now.

Marsch has received a lot of praise for this handling of youth and attractive style of play at Salzburg. He is expected to continue in the same way at Leipzig.

Meanwhile, Alasdair Gold from football.london claims that Spurs will announce their new manager before the end of the season.

Understand Spurs are aiming to announce their next manager before the end of this season. So just over three weeks to get that done and dusted.

Read: Tottenham keen on a 20-year-old playmaker this summer.