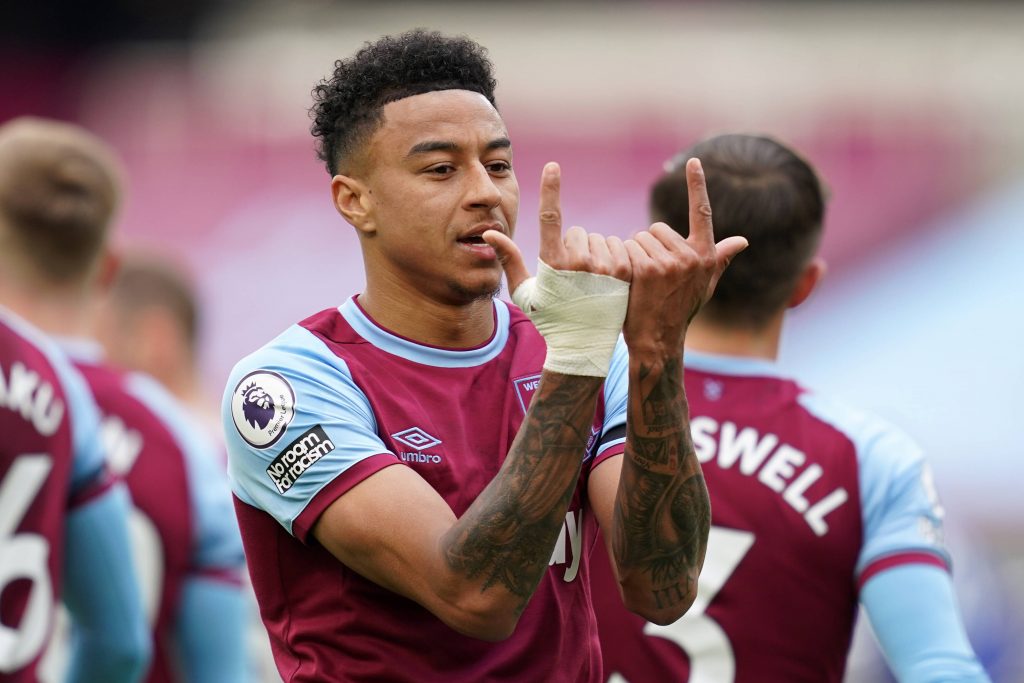 Jesse Lingard is poised to return to the London Stadium and re-join West Ham on a free transfer this summer, ending a 22 year spell at Manchester United from his youth career.

West Ham United are now as short as 1/3 according to the latest odds on PaddyPower, while elsewhere it seems to be Newcastle United who are the alternative suitors at a value of 5/2.

Jesse Lingard Next Club Odds: Is a return to West London on the cards for Lingard?

According to the implied probability of the Jesse Lingard next club odds.

In Jesse Lingard’s previous stint at West Ham on loan during the 2020/21 season, the 29-year-old enjoyed a positive resurgence to his career which looked to be on a downhill path until David Moyes handed him a lifeline.

It was clear that Lingard felt at home under David Moyes and at West Ham, striking close friendships with England teammates Declan Rice and Jarrod Bowen.

Whilst it is not certain that the midfielder will re-join West Ham this summer, it seems more than likely. With the move in the best interests of both parties, this feels like an inevitability as Lingard looks to guarantee game time ahead of the World Cup in Qatar later this year.