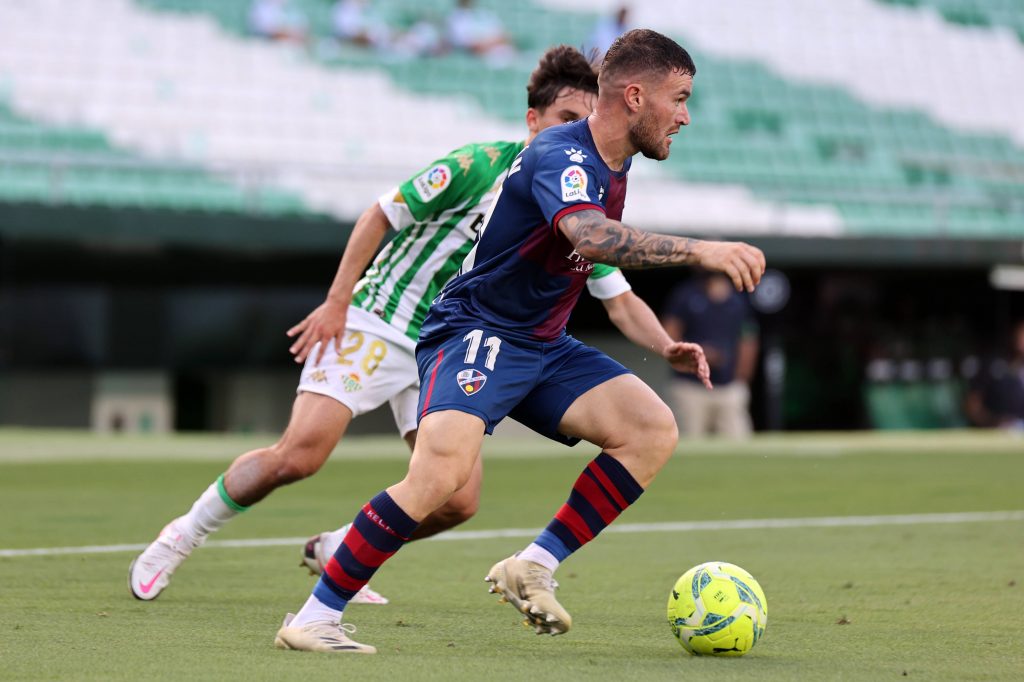 Leeds United have been linked with a move for Huesca left-back Javi Galan in recent weeks.

Mundo Deportivo are now claiming that the 26-year-old has already packed his bags and is on his way to join Marcelo Bielsa’s side this summer.

The defender has had an impressive season with the Spanish outfit and could prove a quality replacement for Ezgjan Alioski.

The Leeds defender will be a free agent this summer, and Bielsa needs to find a reliable alternative.

SL View: A bargain signing for Bielsa and Leeds

Galan has proven himself in the Spanish league and has the ability to succeed in the Premier League.

He is a good defender who can play multiple positions, and his versatility would be a bonus for the Premier League club if they sign him.

Galan will be a free agent in 2022 and could be signed for a reasonable fee this summer.

He has a release clause of around €8 million, but Huesca may be willing to accept around half that figure.

The reported asking price is a bargain for a player of his calibre, and Leeds will be desperate to get the deal over the line.