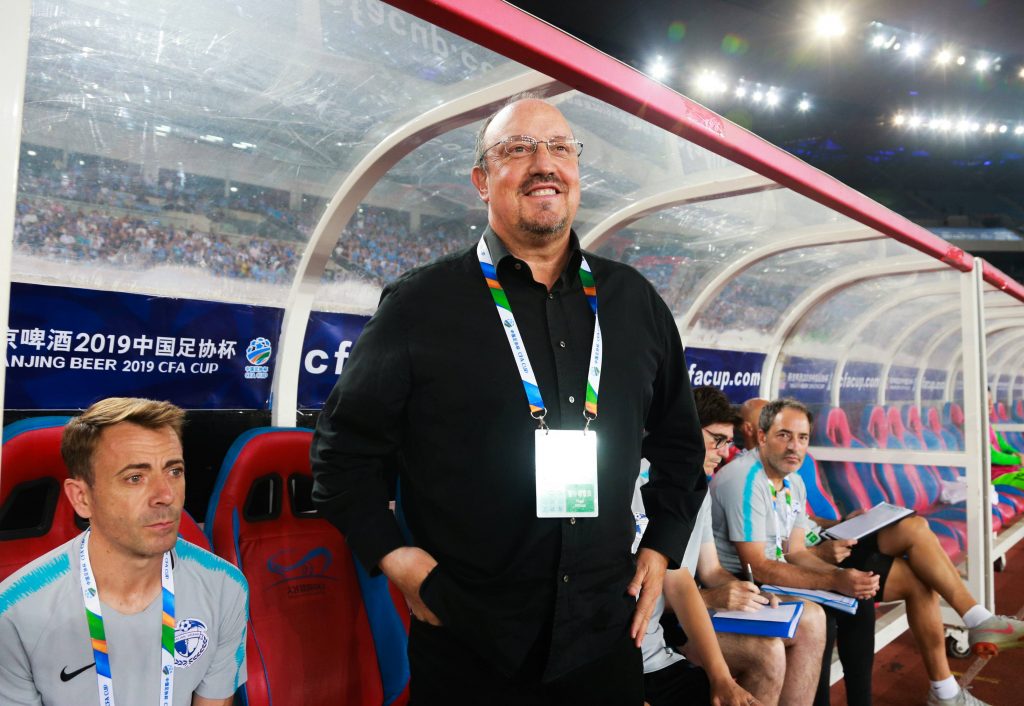 Carlo Ancelotti was confirmed as the Real Madrid manager yesterday, and the Toffees are looking at replacements.

They have been linked with David Moyes, Nuno Espirito Santo and Eddie Howe, but Carragher believes (via Telegraph) that Benitez would be the ideal fit for them.

The former Liverpool manager is settled in Merseyside and would be an inexpensive appointment for Everton.

The Spaniard has been out of a job for a while now and will have a point to prove if he is brought in.

Carragher wrote in his column: “Rafa is available, settled in the area and I am sure he is ready if (Farhad) Moshiri is prepared to consider one of the more shocking managerial appointments in Merseyside football history.”

The 61-year-old has proven himself across multiple leagues and he could be the ideal candidate to build a competitive team at Goodison Park.

Benitez has proven his pedigree at mid-table clubs like Newcastle United and he is well accustomed to the challenges he could face at Everton next season.

He has excelled while working with limited resources throughout his career and Carragher believes that Everton need to bring in someone who will commit the next four or five years of their career to the project and not use the club as a pit stop.

It is unclear whether Everton would consider Benitez as an option to replace Ancelotti. Their fans may not be too keen on the idea given his ties to Liverpool.

His allegiance to Liverpool should not matter too much as he has already managed rival clubs like Chelsea before.

Benitez might be open to the Everton job if the project is ambitious.

Read: Everton linked with a move for Steven Gerrard.