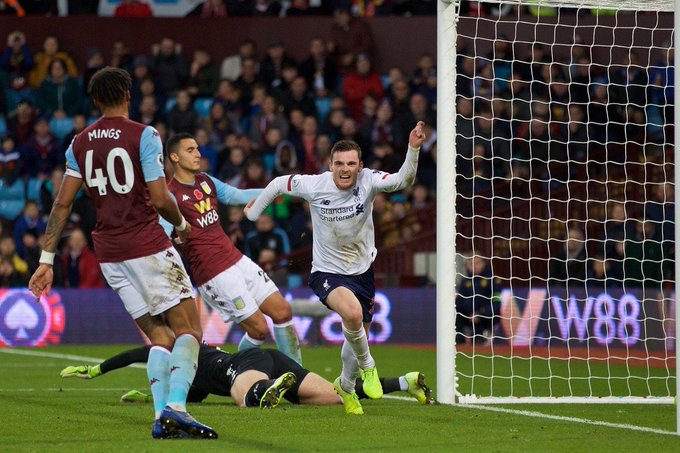 Liverpool once again came from behind to seal all three points against Aston Villa in the Premier League clash on Saturday at Villa Park.

Just when it looked like Liverpool’s 10-month long unbeaten league record will come to an end, the Reds found the equaliser in the 87th minute through Andy Robertson.

Liverpool showed tremendous fighting spirit and sealed the victory deep in the stoppage time when Sadio Mane glanced a header from Trent Alexander-Arnold’s corner past Tom Heaton and into the far corner of the net.

The result means Liverpool maintain their six-point gap at the top with Manchester City who also came from behind to win 2-1 against Southampton at the Etihad today.