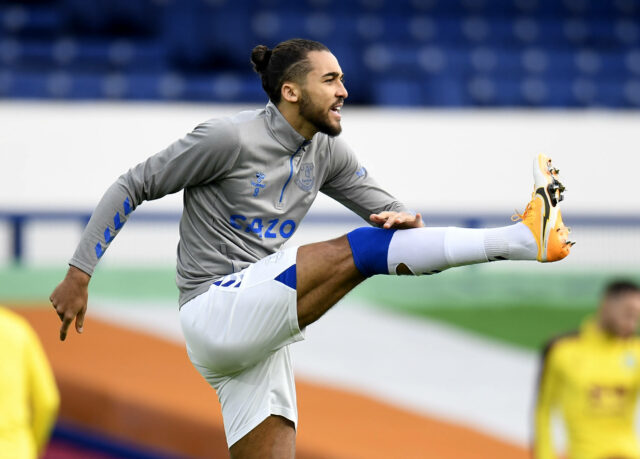 The popular Sky Sports pundit has rightly noted that Calvert-Lewin’s game has improved leaps and bounds under the tutelage of Carlo Ancelotti.

While writing his column for The Telegraph, Carragher has suggested that there is no chance that the England striker will leave the Merseyside club anytime soon.

In the past, Romelu Lukaku and Wayne Rooney, who excelled at Everton, moved elsewhere on big-money transfers.

However, he feels that the story will be different this time. He suggests that Calvert-Lewin understands that Ancelotti is building a strong team around him and a solid platform for him to shine.

The 24-year-old has been in terrific form this season. He has become a goal machine under Ancelotti, and his strike-rate is up there with the very best in the Premier League.

Calvert-Lewin has scored 14 league goals this season (19 goals in all competitions), and if he can add six more to his name, he will join an exclusive list of Everton strikers to do so.

Carragher suggests that Ancelotti and Duncan Ferguson appear to have “unlocked his potential”, and while several big clubs will be analysing his numbers, Everton are the perfect club for him.

The popular pundit has hailed him as a ‘game-changing’ striker for Everton.

“Calvert-Lewin will be shrewd enough to acknowledge how working with Ancelotti
has massively elevated his game and status in a little over 12 months,” wrote Carragher for The Telegraph.

“He is in the right place with the perfect coach for him, so I cannot see him even thinking
of moving on for the foreseeable future – especially when so much of the
attacking play gives him the freedom to focus on operating in the penalty area.”

Carragher is spot on here. There will be interest in him from top Premier League clubs, but Everton do not need to sell him.

Ancelotti is building a strong squad at Everton, and he sees Calvert-Lewin as an integral part of his plans.

Calvert-Lewin signed a long-term contract at the club last year, and he is in no rush to move elsewhere.

He is almost certain to be in this summer’s squad for the European Championships, and there is no reason for him to leave Goodison Park.

In other news, check the predicted line-up for Everton against Manchester City.