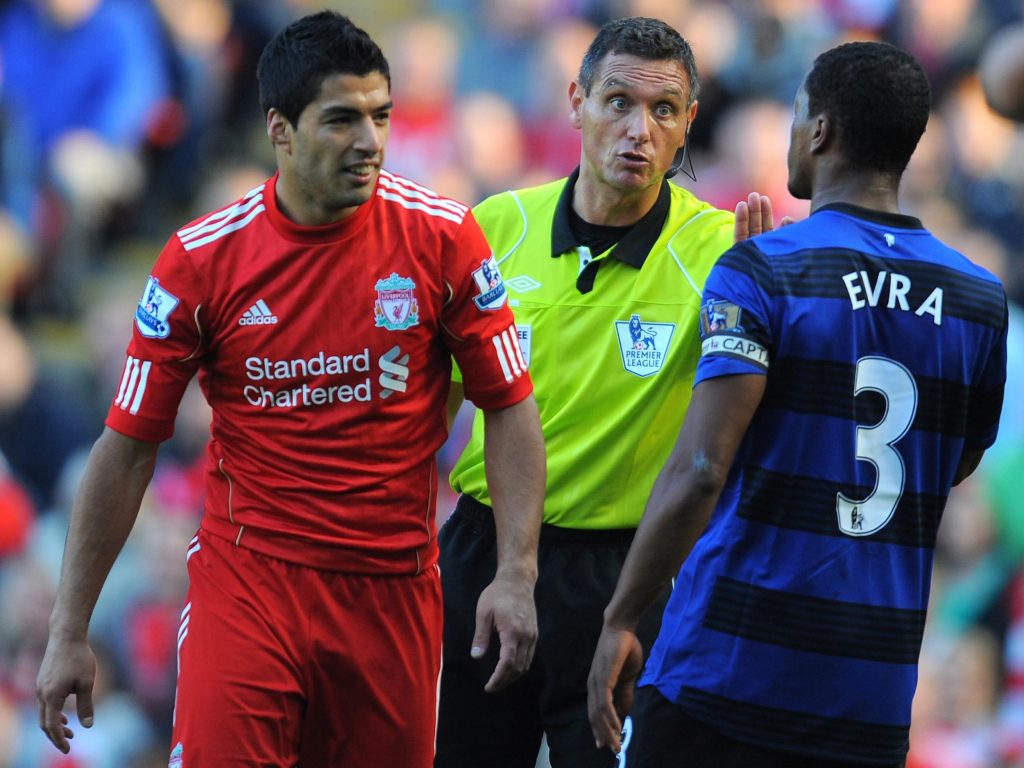 Jamie Carragher has apologized to Patrice Evra for being part of defending Luis Suarez after his racism row with the former Manchester United man back in 2011.

In December 2011, the Uruguayan International was handed an eight-match ban by the FA after being found guilty of uttering racist words at Patrice Evra during a derby on October earlier that year.

Evra had complained as such with the referee and after months of investigation, Suarez was finally found guilty of having used derogatory words.

Carragher was the club’s vice-captain back then and was compelled to be part of the campaign defending Suarez from being a racist as well, but the former England international cleared the air with Evra in the “Monday Night Football” show yesterday.

He stated, “I am not lying on that and saying ‘I wasn’t a part of it’ because as a club, we got it wrong and we were all part of it. I was vice-captain. But that was the first I had heard of it that afternoon. So I am not sure who was actually behind it.”

“I know you mention the manager, but I don’t think Kenny had anything to do with it, to be honest, it was the players who Luis was close to in the dressing room who really wanted to support their mate and their friend.”, he added that then Liverpool manager Kenny Daglish wasn’t heavily involved in it.

Carragher finally admitted that they were massively wrong for being part of the campaign and issued his sorry to the Frenchman.

“What I would say is that maybe I, as an individual, lacked the courage to say I wasn’t wearing it. Because once the squad has decided… I have to look at myself. I didn’t have enough courage. Maybe there were others.”

I don’t think everybody within Liverpool thought that we were doing what was right. But as a family, as a football club, your first reaction – no matter what someone does – is to support them even if they are wrong.”

“And that is wrong. I am not condoning it, but that is the first reaction. Apologies. We got it massively wrong.”, he added.

Evra took the apology with grace and explained how he understood why they decided to support Suarez back then.

He explained, “Actually, I understand. The first reaction of your club and your team-mate is to support you. If I made a massive mistake and I see my team-mates or the club doesn’t support me, I would feel they were letting me down. So I understand and I don’t understand. It is 50-50.”

Evra is currently doing his coaching badges with Manchester United and suggested that he might join the Red Devils in some coaching role after getting them done as well.