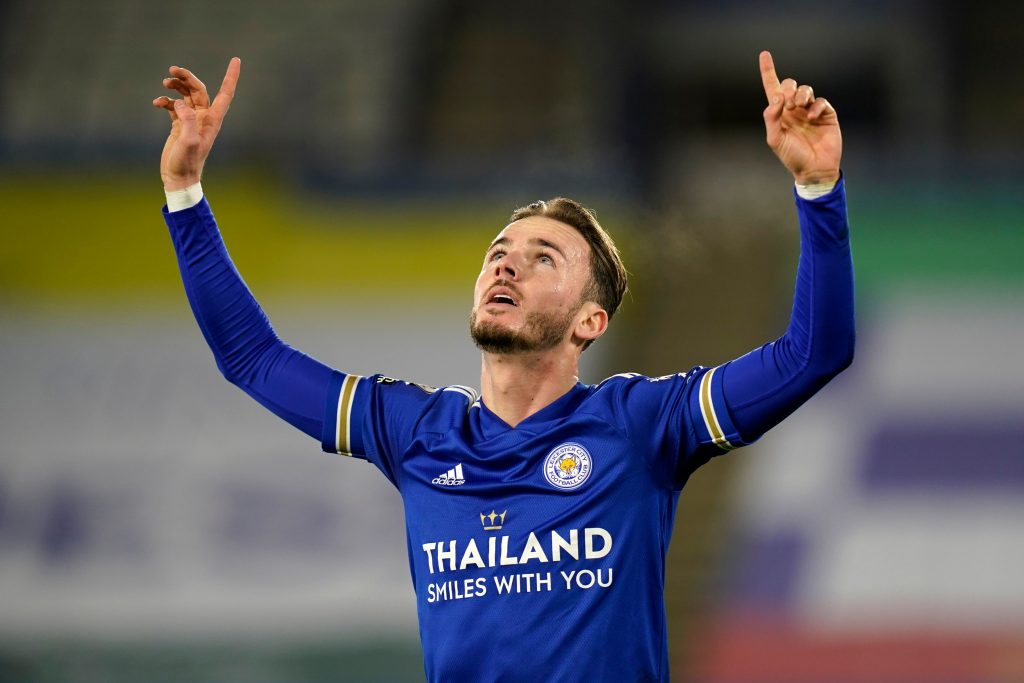 Chelsea’s 2-0 defeat at Leicester City on Tuesday has cranked up the pressure on manager Frank Lampard.

The result left the Blues eighth in the Premier League and in danger of slipping out of the race for European qualification.

Lampard’s lack of tactical acumen was brutally exposed by Leicester – a point hammered home by midfielder James Maddison after the game.

In an interview with Sky Sports, the 24-year-old admitted that the Foxes had deliberately targeted Chelsea’s weaknesses at set-pieces.

“We worked on it – we looked at Chelsea with little short corners and being creative,” he said.

“We saw they switch off sometimes from set-pieces and we knew that was something we could pick on.

“We haven’t scored enough goals from set-pieces. I’m pulling my hair out sometimes as the corner taker!

“You look at the stats that come up, it says ‘goals scored from set-pieces, Leicester City bottom of the table’, so it’s really nice to see one come off. A bit of a relief, actually!”

Maddison’s comments are a damning indictment of Lampard’s failure to ensure that his team is properly organised.

Despite spending more than £200 million last summer, Lampard appears to have no idea about his best line-up.

Having spent that amount of money, a basic expectation would be for the team to be able to defend set-pieces.

Chelsea are currently playing like a team of strangers – one that is devoid of identity or much in the way of a tactical plan.

Lampard got lucky when he was appointed as Chelsea manager, having failed to get Derby County promoted from the Championship.

He is increasingly looking out of his depth, and it will be a major surprise if he manages to see out the season.