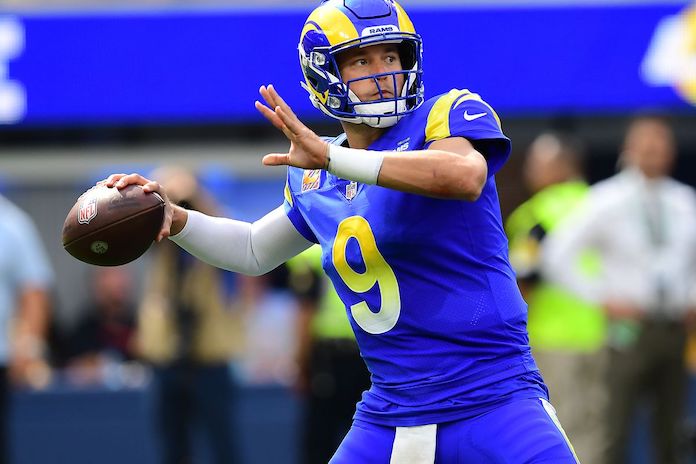 Jalen Ramsey and the Los Angeles Rams have had an interesting start to the season after winning a Super Bowl last season. They ended up losing 31-10 against the Buffalo Bills and Ramsey was a major part of the loss. He didn’t play well in that game at all but was able to redeem himself in the Rams’ exciting 31-27 win against the Atlanta Falcons on Sunday.

Los Angeles was actually up big in this one but then failed to do anything in the fourth quarter as Atlanta was even able to block a punt for a touchdown. Fortunately for the Rams, they still ended up winning this game 31-27 and are now 1-1 on the season. Jalen Ramsey had a huge interception for them with minutes left in the fourth quarter that sealed the deal.

“I mean, I just love being counted out,” Ramsey said. “The adversity that goes on in football, in life, people like to count you out. It’s just a little reminder.”

“I feel like every game is a must-win,” he continued. “That’s how we feel. We feel like we’re that good, so when we don’t play up to our standards, we’re very critical of ourselves.

It’s going to be interesting to see how the Los Angeles Rams look for the remainder of the season. This team might not be as good as they were a season ago and there are a few different reasons for that. The biggest reason to me is that Matthew Stafford might still be dealing with that arm injury that was reported throughout the offseason. If he can’t find a way to get healthy, this Rams team might not be the same squad that they were a season ago.

They will have a difficult challenge on hand next week as they take on a tough Arizona Cardinals team that’s coming off an exciting 29-23 overtime win against the Las Vegas Raiders in Las Vegas.