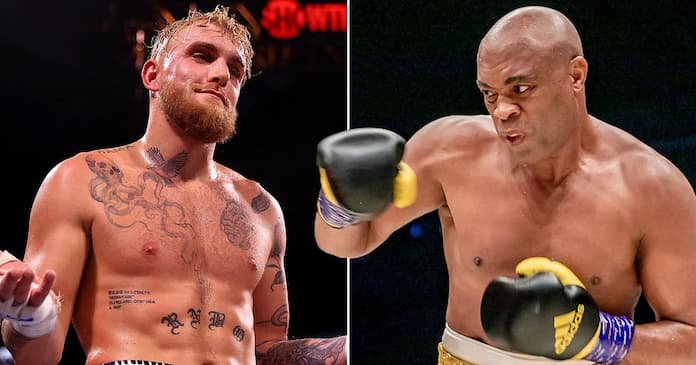 Jake Paul vs Anderson Silva goes down this Saturday night in the main event at the Gila River Arena, Glendale, Arizona. This is the toughest test of Paul’s career to date, so can he pass it with flying colours? We are just says away from ‘The Problem child’ against the ‘Spider’!

On paper, this looks like a really close one. You could certainly deem this fight a real 50/50. Will Jake Paul continue his impressive winning streak or can the UFC veteran roll back the years and pick up yet another huge scalp in the boxing ring? We’ll find out on Saturday…

If you fancy a bet on this huge pay-per-view fight, read on and check out our betting picks and predictions, as well as making use of the various free bets and betting offers on this page.

The return of ‘The Problem Child’ is almost upon us as Jake Paul takes on Anderson Silva this Saturday night. The cruiserweight contest headlines the card at the Gila River Arena in Glendale, Arizona, USA.

Paul has been unlucky with fights recently. He was scheduled to fight Tommy fury before it got called off a few months ago. The same happened to the Hasim Rahman Jr fight, with the fight getting cancelled just a couple of weeks before the bout was set to take place.

Jake Paul hasn’t put a foot wrong in his professional boxing career to date. He has faced four different opponents, winning every bout, including his emphatic knockout of Tyron Woodley in their rematch.

With Anderson Silva, you have a man who has been there, done that, worn the t-shirt in the MMA world. Silva long reigned as the UFC Middleweight Champion, and is regarded as one of the best mixed martial artists of all time.

This is most definitely the toughest test of Paul’s career. He will have to bring his A+ game if he is to beat the Brazilian veteran. Silva has done something that the 25-year-old hasn’t yet done.

Anderson Silva has defeated a real boxer. Silva outpointed former WBC World Middleweight Champion, Julio Cesar Chavez Jr, in June 2021. This was a huge scalp for the ‘Spider’, who will be confident he has far too much for a boxing novice like Jake Paul.

However, Paul is 22 years younger than his opponent. You simply cannot deny this could play a huge part. Silva has been knocked out and beaten in both the boxing ring and MMA octagon before, so if Paul can land his big shots, he might be able to claim another highlight reel KO victory.

It’s almost fight night. Jake Paul vs Anderson Silva goes down this Saturday night, and it is not to be missed!

Our first betting pick is that Jake Paul will move to 6-0 in emphatic fashion on Saturday night at the Gila River Arena.

The telling factor for us here at SportsLens is that Jake Paul has youth on his side. Not only is the younger man, but he is in fact 22 years younger than Anderson Silva. Father-time could play a huge part this weekend, and we believe that once Paul lands clean on the chin of the Brazilian, it could be goodnight.

The YouTuber turned boxer has four knockout victories in his five boxing wins. The only opponent who took Paul the distance was Tyron Woodley, who Paul then knocked out in six rounds in their rematch.

That means Jake Paul has stopped every man he has stepped foot into the ring with. He clearly possesses insane power, and will have the advantage of speed, timing and youth to help him in his quest of another huge scalp.

Our Best Bet for this heavyweight showdown from Glendale, Arizona this weekend is that Jake Paul will knock Anderson Silva out in Rounds 5-8. This is priced sensationally with Bovada, who are offering a mouth-watering +700 for this outcome.

The reason we have gone for the second half of the fight is that Anderson Silva may begin to tire as the fight progresses. The fact he is 47-years-old and has been stopped in the boxing ring before, make us believe that ‘The Problem child’ will have far too much for the ‘Spider’.

Being so much younger and fresher, as well as not having anywhere near as many miles on the clock, certainly gives Jake Paul the edge here. In his last fight he found the knockout blow in the sixth round, and we could see something similar happening again this time around.

Do not be surprised if Silva is up on the cards and is beating Paul to the punch, but as the fight grows on and gets into the later rounds, Paul’s superior stamina, freshness and youth will prove to be a telling factor.

This betting selection is priced magnificently. You could really be in the money here if you are like us and agree that Jake Paul will stop Anderson Silva in the second half of the fight.

Haven’t claimed the Paul vs Silva betting offer yet? Don’t worry, take a look at the best betting sites and claim the best bookmaker free bets. Be sure to also check out the best offshore betting sites.

When Is Jake Paul vs Anderson Silva?

TV channel: If you have Showtime on your TV, you will be able to watch this compelling boxing clash live from the Gila River Arena on Showtime PPV, provided you are a subscriber to the channel and have paid the $59.99 pay-per-view price.

Live stream: Showtime subscribers can also catch the action online and via the Showtime app for free, provided you have the app downloaded on your device, are a subscriber to the channel ad have paid for the PPV on your account.