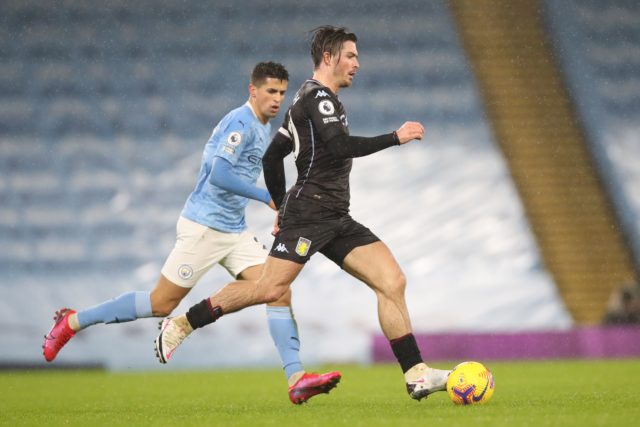 Jack Grealish has sent a lovely message to Raheem Sterling on Instagram after Manchester City won 2-0 against Aston Villa in the Premier League on Wednesday.

Late goals from Bernardo Silva and Ilkay Gundogan sealed all three points for Pep Guardiola’s side, but the game was not without controversy.

Villa produced a dogged defensive display after a 19-day hiatus because of a coronavirus outbreak at the club.

In the 79th minute of the match, Rodri controversially stole the ball off Tyrone Mings and fed Silva, who fired into the top corner from the edge of the box.

However, Rodri was offside before he returned to an onside position to challenge Mings. Villa boss Dean Smith was sent off for his protests.

With this result, City have now won six league games in a row, and find themselves second in the Premier League table, two points behind Manchester United with a game in hand.

Sterling posted this message on Instagram after the game:

Grealish, the Villa midfielder, responded to Sterling, his national teammate at England, on Instagram with a five-word message. 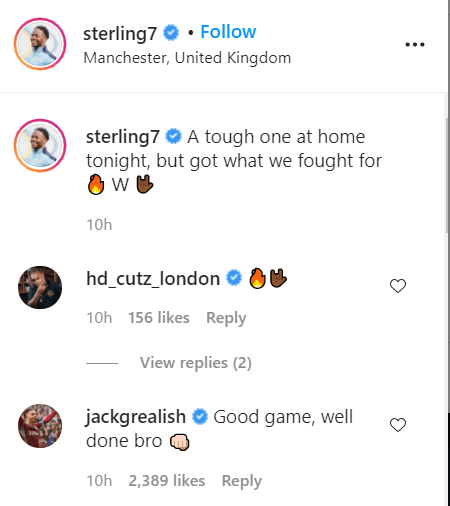 Grealish was brilliant during the game once again. He showed his class and proved once again why he is being wanted by some of the big clubs including City.