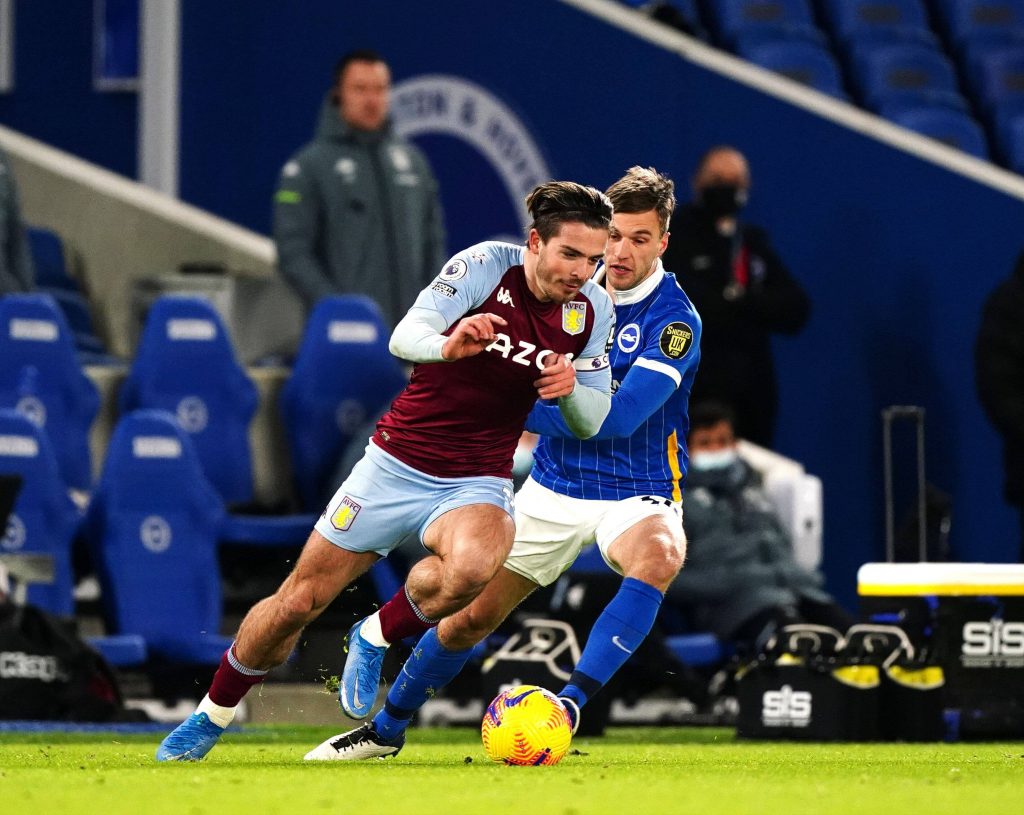 According to Football Insider, Jack Grealish would be interested in swapping Aston Villa for Manchester City this summer.

The Premier League leaders are preparing a bid to land the Villa skipper when the transfer window opens, and he is open to a move.

Grealish wants to play in the Champions League and regularly challenge for silverware, and he knows he may have to leave Villa Park for that to happen.

The Midlands outfit slapped a £100 million price tag on the 25-year-old after he signed a new deal last September, but suitors can land him for less than that.

However, Villa owners Wes Edens and Naseef Sawiris are not looking to cash in on Grealish, and they are hoping that quality recruitment this summer will convince him to stay.

The attacking midfielder is Villa’s most important player, and manager Dean Smith has built his side around him.

With six Premier League goals and 10 assists this season, Grealish has been one of the main reasons why Villa are pushing for Europe. They have understandably struggled in his injury-enforced absence.

The Villa star is tempted to play under City boss Pep Guardiola and further develop his game under the Spaniard, and not many people will fault his ambition.

He was close to joining Tottenham Hotspur before leading Villa to Premier League promotion from the Championship.

Villa survived immediate relegation last term due to his influence, but it could be time to move on to greater things.

A move to the Etihad Stadium could be on the cards if both clubs can reach an agreement this summer.

In other news, Grealish has reacted to his latest injury setback.