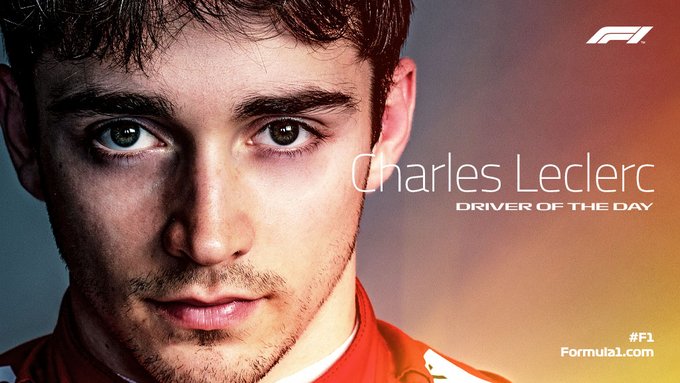 Charles Leclerc joins the list of legendary Ferrari drivers – Ascari, Hill, Surtees, Scarfiotti, Regazzoni, Scheckter, Berger, Schumacher, Barrichello, Alonso – to have won at Monza after he secured his second victory in a week.

While Sebastian Vettel put in yet another flop show, Leclerc proved once again that he has all the potential to become the future World Champion, although he did drive ‘dangerously’ at times to fend off challenges from Mercedes duo – Valtteri Bottas and Lewis Hamilton.

Leclerc was under intense pressure from both the Mercedes drivers, but, in the end, it was a nail-biting finish from the youngster.

The 21-year-old appeared to have pushed the rules on driving conduct to hold off Hamilton for which the officials chose to give him a black-and-white warning flag.

There’s no doubt that Leclerc had to resort to some questionable tactics to hold Hamilton off, but neither Hamilton nor Bottas could stop him when they had the chance.

Hamilton had two chances – first at lap 23 and then at lap 35 – to overtake the Ferrari driver. The Brit even complained that Leclerc had broken a rule after the Ferrari driver had pushed him slightly off the track.

Despite finishing in P3, @LewisHamilton retains his stronghold on the championship#F1 #ItalianGP 🇮🇹 pic.twitter.com/c7FGgmeydE

He felt that Leclerc has to leave a car’s width on his outside if he is defending in this fashion. After Hamilton went straight on at the first chicane at lap 42, Bottas moved into the second position and made a late push to challenge Leclerc.

Hamilton did register the fastest lap of the race with seven laps to go, but he was out of the picture by that time. Interestingly, Bottas, who had medium tyres that were eight laps fresher than Hamilton’s, failed to sustain a genuine challenge. 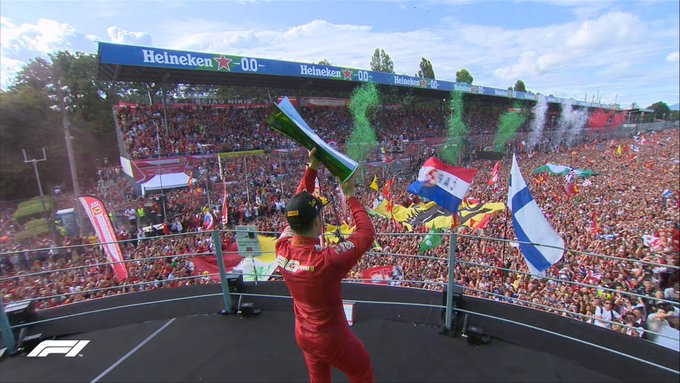 It was a tidy finish in the end from both the Mercedes drivers and as a result, they have further extended their lead in the constructor’s championship.

Renault also enjoyed a superb day at Monza as they celebrated a double top-5 finish for the first time since 2008.

Ferrari will be worried about the gradual decline of Vettel. He began the season as the number one driver at Ferrari but Leclerc has consistently outperformed him.

The next race will be in Singapore in two weeks’ time. Mercedes have done brilliantly so far in Asian circuits, and it remains to be seen whether they can prevent Leclerc from winning three Grand Prix in a row.