Pedro Rodriguez was a key player in the Barcelona B team that won the promotion in the 2007/2008 season to the Segunda Division. In the 2008/2009 season, he made 14 appearances for the treble winning Barcelona. In the 92nd minute, he came on as a substitute for Andres Iniesta as the club won the 2009 UEFA Champions League final against Manchester United.

During the 2009/2010 pre-season, Pep Guardiola confirmed Pedro a spot on the first team’s squad. Later that month, Pedro was rewarded with a contract with Barcelona with a €75mil release clause. Pedro came on as a substitute for Zlatan Ibrahimovic in the 81st minute and scored the winning goal in the 115th minute in the 2009 UEFA Super Cup against Shaktar Donetsk.

He scored his first La Liga goal in October 2009 against Almeria; a brilliant strike with his right foot, with the game finishing 1-0.

On December 16, 2009, Pedro became the only player in the history of football to score in six different competitions during a single season. He managed to score in La Liga, Copa del Rey, UEFA Champions League, European Super Cup, Spanish Super Cup and the FIFA Club World Cup. Pedro was named ‘Player of the Week’ by Goal.com after his performances against local rivals Espanyol, Atlante of Mexico and Estudiantes of Argentina.

This is all a brilliant starting for a player that will become an icon in the future. There is just one problem. The man standing between Pedro and a permanent spot in the starting 11 is a legendary Frenchman who has just witnessed his golden years: Thierry Henry.

Until last season, Bojan Krkic got to see a handful amount of playing time under Frank Rijkaard but since Guardiola has taken over, Bojan’s playing time has almost disappeared in favor of Henry in the 2008/2009 season. Although towards the end, Pedro started making appearances even on big occasions like the Champions League final. 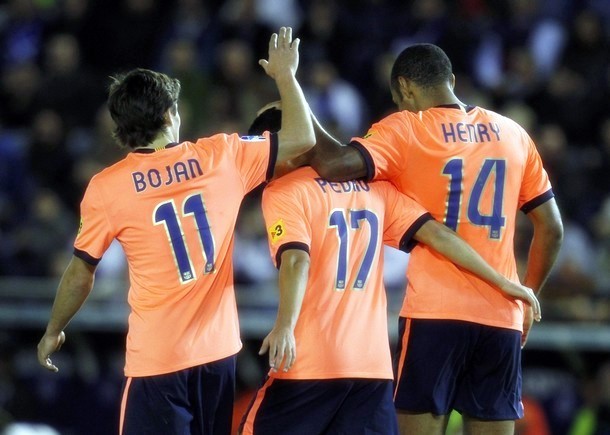 Pedro has made his performances speak for him. Due to that, Bojan has been kind of sidelined. As Barcelona, sitting pretty on the top of the league table, enter the second half of the season, there are questions arising whether it is time for Henry to step aside in favor of Pedro.

Pedro showed that he feels that his time has come when he was talking to the Spanish newspaper Sport this week saying:

“I train every day to be a starter, I don’t train to be on the bench.” 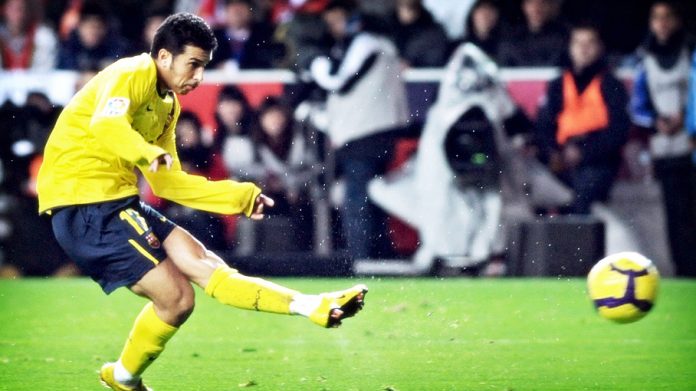 Henry has started showing his age. He no longer possess the spark and the breakaway speed that he had when he was playing at Arsenal. With rumors circulating him about his eyes being set on the US, this might be his last season with the blaugrana. He is the kind of player who wants to add variety to the trophies and medals he has won before he retires as a player.