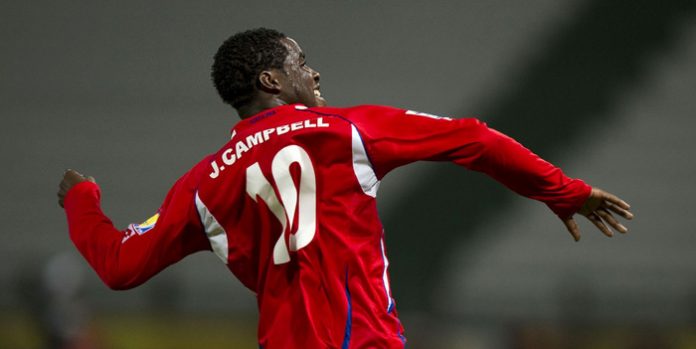 Costa Rican attacker Joel Campbell has been linked with a move away from Emirates, in upcoming January transfer window.

Following an impressive loan spell at Olympiakos and a couple of encouraging displays in the World cup, Campbell returned to Arsenal with the hope of fulfilling his potential with the London giants. However, with the new signings – Alexis and Welbeck firing all cylinders, the young Costa Rican has been starved of game time.

The player is thought to be frustrated with the lack of action and is keen to make a move in order to get his career back on track. According to Sky Sports reports, the Arsenal forward is being monitored by Italian giants Inter Milan, who are keen to add to their attacking talents in January.

Campbell has rarely featured for the Gunners this season, in the league or the Champions League. And considering the form of Alexis Sanchez and Danny Welbeck, it will be near impossible for Campbell to break into the first team.

Also the return of Theo Walcott and Olivier Giroud in near future will more or less draw curtains on Campbell’s Arsenal future.