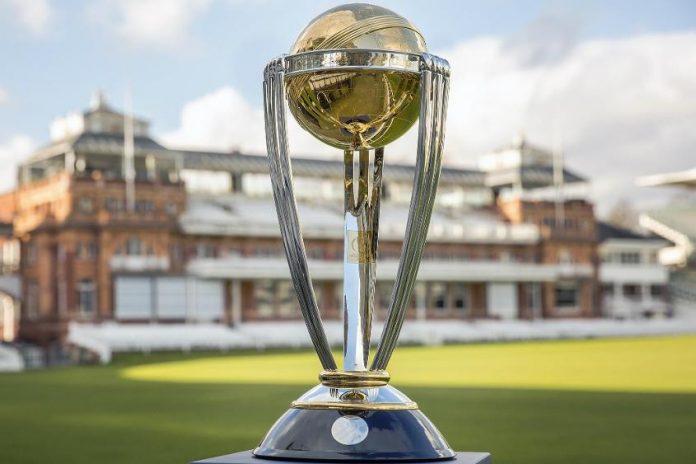 It’s that time of the year. Hold your breath. Fasten your seat belt. The cricketing mega carnival, aka The World Cup, is just a few weeks away.

Ten teams will fight it out to claim their right over that coveted trophy – will the Men In Blue clinch their third title? Will the defending champions reclaim the throne? Will there be any surprise winners?

England and Wales will host the ICC Cricket World Cup this year – the 12th edition of the tournament that has been held roughly every four years since 1975 – and just like the vibrant British Summer, this cricketing bonanza promises to light the fire as well.

Let us take a look at all the countries competing for this tournament with a bit of crystal ball gazing from our end as well.

With an approximate 68% of winning rate since 2015 in ODI’s, the home side are the hot favourites to win their maiden World Cup title this year.

Along with the familiar home comfort, this England side is choc-a-bloc with so many top-class talents who are capable of winning matches single-handedly.

The likes of Jonny Bairstow, Jason Roy, Joe Root, Jos Buttler and skipper Eoin Morgan forms the backbone of the batting unit. They have a very well balanced side with all-rounders like Chris Woakes and Ben Stokes adding depth and quality to the side.

Morgan is a smart, thinking captain who picks his team perfectly, but one player who can really make a massive difference to the England side (thanks to his outstanding IPL form) is Moeen Ali. If he gets going, England will be unstoppable.

When England gets going they do score a hell lot of runs – over 400 on two occasions in the recent past in ODI’s – but to adapt to situations under pressure circumstances (got bundled out for less than 140 against West Indies) will be one of their biggest challenges.

Virat Kohli is undoubtedly the best batsman in the world but can he lead his side to World Cup glory? The biggest talking point that comes out from the Indian World Cup squad is the omission of the supremely gifted young wicketkeeper Risabh Pant.

The dashing and mercurial Pant has been winning matches for his IPL side Delhi Capitals this season, and many thought he would be a star in England. Unfortunately, he has been overlooked in favour of veteran Dinesh Karthik.

Another concerning area that hasn’t been properly dealt with is the #4 batting position. After experimenting with Ambati Rayudu in pre-World Cup matches, the Indian think-tank opted to go with Vijay Shankar.

Kohli has a fantastic bowling unit to choose from – both pace and spin department – and enjoys the luxury of having the supercool cricketing brain of Mahendra Singh Dhoni who will play his last World Cup for his country.

The talent is there, but getting the right set up will be a massive challenge for Kohli.

The winner of four ICC World Cups in the last five editions, Australia looks a completely different side ahead of the tournament despite finishing with the lowest winning rate of all nations in 2018.

The Aussies are carrying the momentum after winning the final ODI series in India, and their World Cup-winning chances have been boosted with the return of David Warner and Steven Smith.

In Mitchell Starc, Jhye Richardson, Pat Cummins, Jason Behrendorff, Nathan Coulter-Nile they have got a formidable pace attack, while Adam Zampa and Nathan Lyon will handle the spin department. Glenn Maxwell, Marcus Stoinis and Smith can be handy with the ball as well.

The batting line-up that looked so fragile only a few months back now gives a different feel with so much depth and quality thanks to the return of their two senior players from suspension.

The Black Caps are the cricket’s romantics – the dark horse, the Upsetters. In the previous edition, they were superb, especially on their home turf – can they replicate the form in England?

In Kane Williamson, the Kiwis have a world-class batsman who is a proven match winner. Martin Guptill and Ross Taylor have often lacked consistency but their experience will come handy.

Left-armer Trent Boult is a master of swing bowling, while the likes of Tim Southee, Matt Henry and Lockie Ferguson adds variety to the fast bowling department.

New Zealand have always been blessed with quality all-rounders, and this year it has been no exception. The likes of Mitchell Santner and Colin Munro adds depth and quality to the side. Overall, the Kiwis are a balanced side, but they are lacking the x-factor that is needed to win the trophy.

On paper, the Proteas look a solid team, but there are a few areas of concern. Hashim Amla hasn’t been in the best of form lately, but he has been picked purely on the basis of his vast experience.

There is also an issue with the fitness of some of the key players like Dale Steyn and Lungi Ngidi. South Africa have two world class bowlers in Kagiso Rabada and Imran Tahir and they are absolutely vital to the side.

They have a squad capable of going the distance but whether they can finally remove their ‘chocker’ tag remains to be seen.

The men in green are always full of surprises, and this time the selection committee has made some radical changes to the side.

While on the one hand, the inclusion of the highly exciting talent but inexperienced Mohammad Hasnain adds an injection of pace to the side, the exclusion of world-class Mohammad Amir raises eyebrows.

Likewise, Asif Ali – one of the cleanest hitters of the ball – has been overlooked. Should Pakistan have persisted with him as they did with Fakhar Zaman?

There goes a saying – form is temporary, but class is permanent. Pakistan have chosen to ignore that mantra. Which is why the selection of Abid Ali is nothing short of a fairytale – the technically gifted run machine at the domestic circuit will finally get the bow to prove a point at the age of 31.

Pakistan have a good track record of performing at the big stage, and they are more than capable of reaching the semi-finals of the 2019 WC edition.

While players from the Caribbean Isles are making their presence felt in international T20 leagues the world over, it could be the right time for them to roll back the years and assert themselves in the shorter version of the game that earned them back to back World Cups.

The Jason Holder led squad has no shortage of big hitters in the side with the likes of Chris Gayle, Darren Bravo, and Andre Russell capable of changing the course of the game with some awesome power hitting.

The likes of Shannon Gabriel, Kemar Roach and Carlos Brathwaite makes a formidable bowling unit as well. They are so unpredictable, and that is why the Indies could be the dark horse of this competition.

Sri Lankan cricket has gone through a tough phase in recent years, with off-field issues and the increasing gulf developing between the board and the players taking the centre stage.

There is a bunch of young faces who will be playing their first World Cup, and as such genuine experience in the side is lacking. Still, the likes of Angelo Mathews, Thisara Perera, Dimuth Karunaratne and Lasith Malinga are some of the top quality players to watch out for.

Afghanistan did well during the latest Asia Cup and they are capable of beating any top side on their day.

The spin department is their main strength with the likes of Mohammad Nabi, Rashid Khan, and Mujeeb Ur Rahman capable of taking wickets and slowing down the opposition run-rate.

They have power hitters in the form of Mohammad Shahzad and Hazratullah Zazai – both have done well in the recent past. But do they have a solid anchorman who can bind the innings together? Afghanistan don’t make enough runs on the board, which is a major worry, and they are lacking depth and quality in the attacking department as well.

Bangladesh can go a long way this time again, and they have the right set of players to do it. The best thing about this side is that they have a core group of players who have been playing together for a long long time.

The understanding between the players thereby is fantastic. Furthermore, they have cool heads in their side in the form of skipper Mashrafe Mortaza who is also a fantastic bowler, and wicketkeeper Mushfiqur Rahim who plays an anchor role in the batting set up.

In Tamim Iqbal, Bangladesh have a world-class opener who has done well in English conditions in the past, while Shakib Al Hasan is a top quality all-rounder.

The pace bowling department could be a worry as Bangladesh don’t have the kind of versatility in their attack that would be conducive to the English conditions.