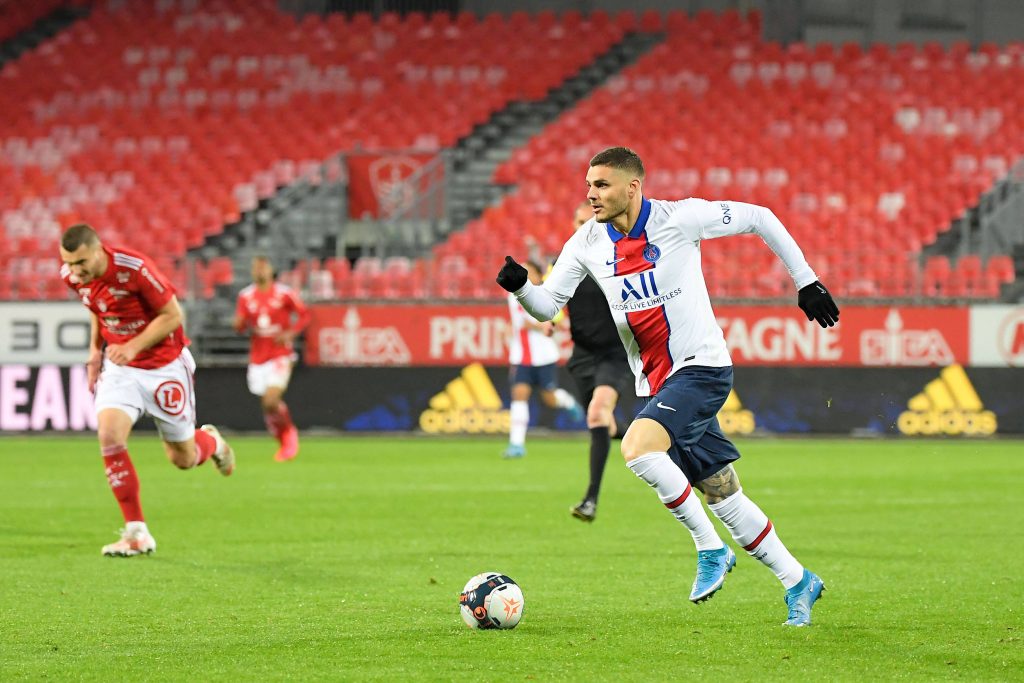 Paris Saint-Germain striker Mauro Icardi is reportedly keen to link up with Juventus in the coming months despite his public commitment to the Parc des Princes.

According to Corriere della Sera (via Calciomercato), the Argentina international wants to return to Italy following an underwhelming season in Paris that saw him lose a place in the starting XI to Everton loanee Moise Kean.

Icardi moved to Ligue 1 from Inter Milan on a season-long loan in 2019 and excelled in his first season in France, notching up 20 goals and four assists in 34 competitive matches.

His impressive displays earned him a permanent contract at PSG the following year, but Kean’s loan arrival in summer 2020 saw the Argentine tumble down the pecking order.

The 28-year-old forward has recently reiterated his desire to stay in the French capital, even though he struggled for regular first-team opportunities down the final stretch of 2020/21.

Icardi spent the best part of his professional football career in Serie A, dominating Italian defences during his time at Inter.

Meanwhile, Massimiliano Allegri appears to be pushing ahead with his pursuit of a top-class striker, particularly in light of Cristiano Ronaldo’s uncertain future in Turin.

The five-time Ballon d’Or winner is heavily linked with a sensational return to Manchester United.

Carlo Ancelotti’s return to Real Madrid has also reignited the idea of a Santiago Bernabeu reunion.

Icardi’s potential arrival at the Allianz Stadium will depend on Ronaldo’s future.

If the Portugal captain leaves Serie A this summer, Juventus will go all-out to wrap up the deal with PSG.

But if Cristiano decides to stay put, the Bianconeri will go for a cheaper alternative, with Roma’s Edin Dzeko touted as a potential solution.