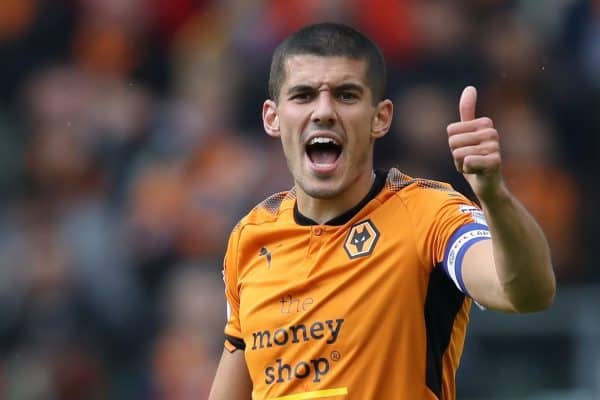 Wolverhampton Wanderers captain and centre-back Conor Coady has been called up to the Three Lions squad for the first time.

The 27-year-old could make his debut for the England senior national team in next month’s UEFA Nations League group stage matches against Iceland and Denmark, and the honour is truly deserved.

The Wolves star will look to make Gareth Southgate’s squad for next summer’s European Championship, and Arsenal legend Ian Wright has reacted thus following his call-up:

He captained his country to victory at the 2010 UEFA European Under-17 Championship as they became the first England side to win an international tournament in 17 years.

The defender has made 235 appearances for Wolves, establishing himself as one of the best in his position in the top-flight.

Coady would become the first Wolves player to play for the Three Lions since Matt Jarvis back in March 2011 if he makes his debut next month, and other English players at the club will look to emulate their skipper and play for their country going forward.