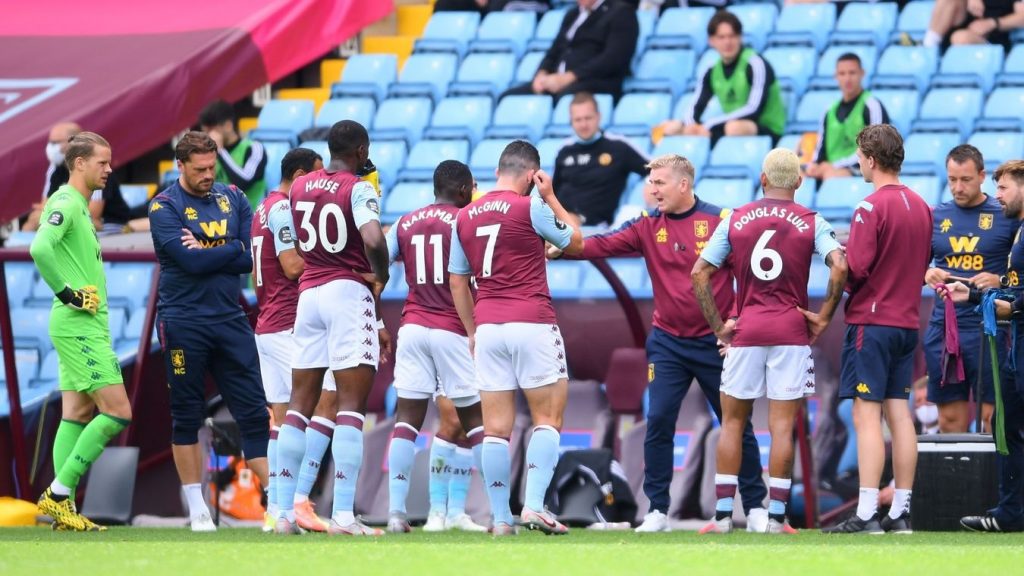 Aston Villa crashed to yet another defeat in the Premier League yesterday.

Wolves secured a 1-0 win away from home as Leander Dendoncker scored a second-half goal.

Dean Smith’s men are now 19th in the table with 27 points and they will need some luck to beat the drop this season. They have been poor since the resumption of the Premier League and they are in real danger of going down now.

Although West Ham and Bournemouth have the same number of points as Villa, they have a game in hand.

It will be interesting to see if Aston Villa can bounce back immediately in the next game. They need a series of good performances to beat the drop.

Aston Villa’s mediocre attack has let them down this season. The likes of Wesley, Samatta and Davis have all failed to deliver in the final third.

Despite the impressive performances from Jack Grealish, Aston Villa have only managed to score 36 league goals this season. A quality finisher could have made the most of the chances Grealish has created for his side this season.