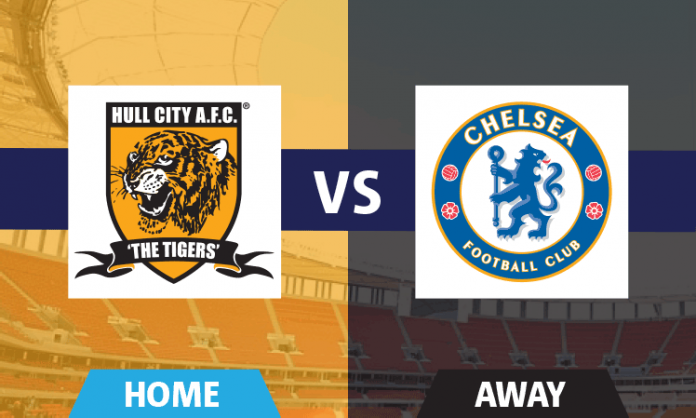 Hull City host Chelsea in the Premier League this weekend and the tigers will be looking to get their season back on track with a positive result.

After an impressive start to the season (two wins in their opening games), the newly promoted side are without a win in their last four league games.

Hull City have struggled against Manchester United, Arsenal and Liverpool already and will be aware of the standard of performance needed against Chelsea.

The home side have conceded too many goals of late and Mike Phelan needs to address that right away.

The likes of Diego Costa and Eden Hazard have started the season well and can really punish Hull’s lackluster defence.

Hull had a player sent off against Liverpool and will be without Ahmed Elmohamady against Chelsea.

Brian Lenihan and Moses Odubajo are also sidelined along with McGregor, Dawson, and Bruce.

Phelan is short of defensive options and could field a makeshift defence.

Alternatively, the tigers could line up in an offensive formation keeping Chelsea’s defensive frailties in mind.

Chelsea are under a lot of pressure after failing to win any of their last three league matches.

The defeat against Liverpool and Arsenal will have damaged their confidence and Conte will need to win a few games now in order to lift his side’s morale.

Furthermore, the Blues have conceded seven goals in that period, which raises more doubts about their defensive quality.

Having said that, Chelsea have a very good record against Hull and they will fancy their chances of a comfortable win here.

The Blues have won 10 of the last 12 matches against Hull and haven’t tasted defeat against the Tigers since 1988. And the fact that Hull are not playing well is an added advantage.

Conte might be forced into making some decisions about his defence now.

Gary Cahill and Branislav Ivanovic have both been awful this season and this could be a great chance for Marcos Alonso to come in. That would allow Conte to put Cesar Azpilicueta back at right-back.

John Terry has missed their last three matches with an ankle injury but has reportedly been given the green light to return against Hull.

Kurt Zouma and Van Ginkel are the only injury worries for the away side.

Chelsea have won their last 4 matches against Hull in all competitions.

Chelsea have scored at least 2 goals in their last 4 matches against Hull in all competitions.

Chelsea have conceded at least 2 goals in their last 3 matches in the Premier League.

Hull have not won a single game against Chelsea since 1988.

Both teams have been shaky at the back. Get both sides to score at 17/20 with Ladbrokes.

Diego Costa has been in superb form and has scored 5 times in his 6 Premier League appearances. Get him to score anytime at 10/11.

Chelsea have an excellent record against Hull and are unbeaten against them for almost three decades. Get them to win at 1/2 with Ladbrokes.

Despite both teams having their problems at the back, Chelsea are in a much stronger position.

The Blues are very capable going forward unlike the home side and should be able to edge this one.

If Terry is fit enough to start, that could be a major boost for the away side. Chelsea need his expertise and organizational skills at the back.

Conte’s side are in desperate need of a win here and they are likely to get one.