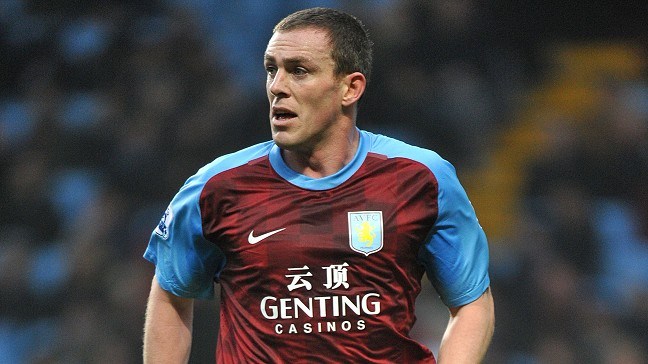 Republic of Ireland centreback Richard Dunne is the subject of interest from West Ham United and newly-promoted Hull City.

The 33-year old was released by Aston Villa this summer, following an injury-hit season which saw the defender sidelined for the entire duration of the 2012/13 Premier League campaign.

Now Dunne is on the road to recovery, he is said to be looking for a new side for the upcoming season.

Hull City, managed by Steve Bruce, are the favourites to sign Dunne this summer. They have been recruiting a side with vast amounts of Premier League experience and Dunne certainly fits the bill with more than 400 Premier League games under his belt.

The veteran defender also has made a further 150 appearances in other competitions – not to mention his 77 caps for the Republic of Ireland.

West Ham United have also shown interest in Dunne, as their centreback James Collins played alongside him during his time at Aston Villa. The Hammers’ manager Sam Allardyce is hoping the pair could forge a potential partnership for the 2013/14 season.

As Dunne will be considering his retirement in the next couple of years, finishing his career in the Premier League is said to be the Republic of Ireland captain’s main priority.