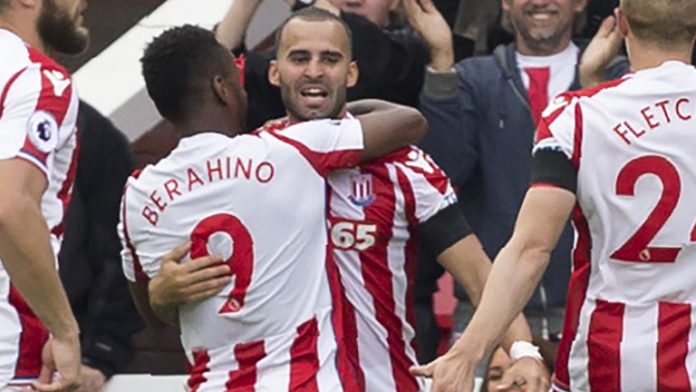 Stoke boss Mark Hughes believes Jese will light up the Premier League after seeing his new signing grab the winner against Arsenal on Saturday.

The striker, who arrived on loan from Paris Saint-Germain earlier this week, bagged the only goal in the second half as Stoke pulled off an unlikely victory against the Gunners.

Arsene Wenger’s team had over 75 percent of the possession, but failed to convert their chances as Hughes’ side claimed their first points of the season.

“It was a fantastic finish from Jese – everyone has seen today what he’s going to bring to Stoke and to the Premier League,” said Hughes.

“He is an elite player, one that changes games for teams, and we are delighted that he’s here.

“I saw glimpses in training and I knew that if we could get him on the pitch and give him moments and opportunities to show what he can do then he would be devastating.”

He failed to make an impact with the French side and was shipped out on loan to Las Palmas in January, but Hughes is adamant he can unlock the striker’s undoubted ability this season.