“As Fabio Capello ponders long and hard his England squad for the summer of 2010 in South Africa, he will be also devoting much thinking time to all of the other factors that determine success or failure on the world stage – the variety of means used to win the World Cup incorporate the bizarre, the funny and the fantastic. If he is seeking inspiration, this guide to the essential stratagems needed to win the World Cup may be just the thing.”

Graham McColl quoted in the Introduction.

I doubt that Mr. Capello, or any of the other 31 managers traveling to South Africa, would find a better guide to the nuances of World Cup history than this extremely detailed, precisely researched and compelling book by Graham McColl. He takes the reader through the history of the World Cup, but doesn’t do so in a chronological fashion. The author weaved together a variety of examples using facts, game reports, geopolitical history, humor, quotes and pain-staking research to make this book a fascinating read.

The author began the book with an interesting chapter entitled, “Because of the Cause.” McColl compared and contrasted the two Azzurri wins in the 1930s under Benito Mussolini’s fascist regime with the more recent Italian victory in Germany under the black eye of the Calciopoli scandal. McColl also mentioned how the 1982 Malvinas/Falkland Islands War shaped the World Cup match between England and Argentina only a few months later. As Diego Maradona later said,

The author’s early chapter about World Cup winning managers was intriguing. He used some interesting anecdotes and quotes to provide the reader with unique looks at Carlos Bilardo and Cesar Luis Menotti of Argentina, Marcello Lippi of Italy and Sir Alf Ramsey of England, respectively. The level of detail was impressive. For example, why Marcello Lippi was more concerned with his spectacles than with Fabio Grosso’s winning spot kick in the shoot-out against France. Or Sir Alf Ramsey’s reluctance to kiss the Jules Rimet trophy in 1966.

A recurring theme that I enjoyed was the sheer volume of direct quotes from notables in world football. From the 1998 World Cup winning manager, Aime Jacquet of France, about a young Zinedine Zidane:

“He had the most fantastic, wonderful skills but he played football to enjoy himself – he wasn’t much of a team player.”

A brief exchange between Sir Alf Ramsey and Geoff Hurst after the 1966 World Cup final:

A candid observation from Garrincha of Brazil about his 1962 Czech opponents:

“They’re all big, fat guys who are no good at football.”

From the Dutch master, Johan Cruyff,

“The Dutch are best when we have to fight together against the others and not with ourselves.”

From the prolific Brazilian, Romario, winner of the World Cup in 1994:

“I have scored against every team, every country and every defender in the world.”

Tofik Bahkramov of Azerbaijan, the linesman who was involved in Geoff Hurst’s extra-time controversial goal against West Germany in 1966, had fought against Germany in WWI.

“Asked a long time later why he had decided to give such a marginal decision in England’s favour, he would habitually respond with a one-word answer, ‘Stalingrad.’ “

My favorite quote was made by Jack Kelsey, the Wales goalkeeper, after he faced a 17 year-old Pele’ during the 1958 World Cup:

“I think this kid has got a good future.”

The author dedicated an entire enlightening chapter about the history of spot kick shoot-outs at the World Cup. Suffice to say that if you avoid the Germans, your probability of success in this cruel exercise rises markedly. Germany/West Germany have been involved in four shoot-outs at the World Cup. They have taken 19 spot kicks with only one miss by Uli Stielike at the 1982 World Cup against France. Who created shoot-outs? Karl Wald, a German referee:

“The penalty shootout is a high-tension case and I am very proud that there are rules that I proposed in 1970, still in their original form.”

“Don’t Worry About the Brazilians”

For fans of the Samba Kings, there is a chapter that documented their World Cup triumphs and tragedies. From the misery of losing a World Cup final at home in 1950, through the glory years of Pele’ to their last victory in 2002, the author spared no detail. Two quotes from this section stood out. The first was from Moacyr Barbosa, the goalkeeper of the 1950 Brazilian selection:

“Under Brazilian law the maximum sentence is 30 years but my imprisonment has been for 50.”

“I am ready for my fifth World Cup. If you give me two weeks, I’ll be able to get into shape to play 45 minutes.”

The last chapter was aptly named and very informative. You will have a variety of historical facts, unique tables and data at your fingertips for quick reference. A tournament chart for the 2010 competition is also included. I liked that the author provided lineups for every World Cup final, along with enlightening quotes from the participants. From Sir Alf Ramsey after the 1966 World Cup final between England and West Germany:

“It takes two teams to make a match of the nature we saw today and Germany were a very, very good side and it is most unfortunate that there had to be a losing team.”

There were two sections from a wide assortment of historical photographs. From the actual football used at the 1930 final in Uruguay to Marcello Lippi with his customary victory cigar, the author provided readers with valuable historical context.

With the South African World Cup on the horizon, Mr. McColl’s book will make a great companion and reference source. How to Win the World Cup will be a valuable edition to your football library. 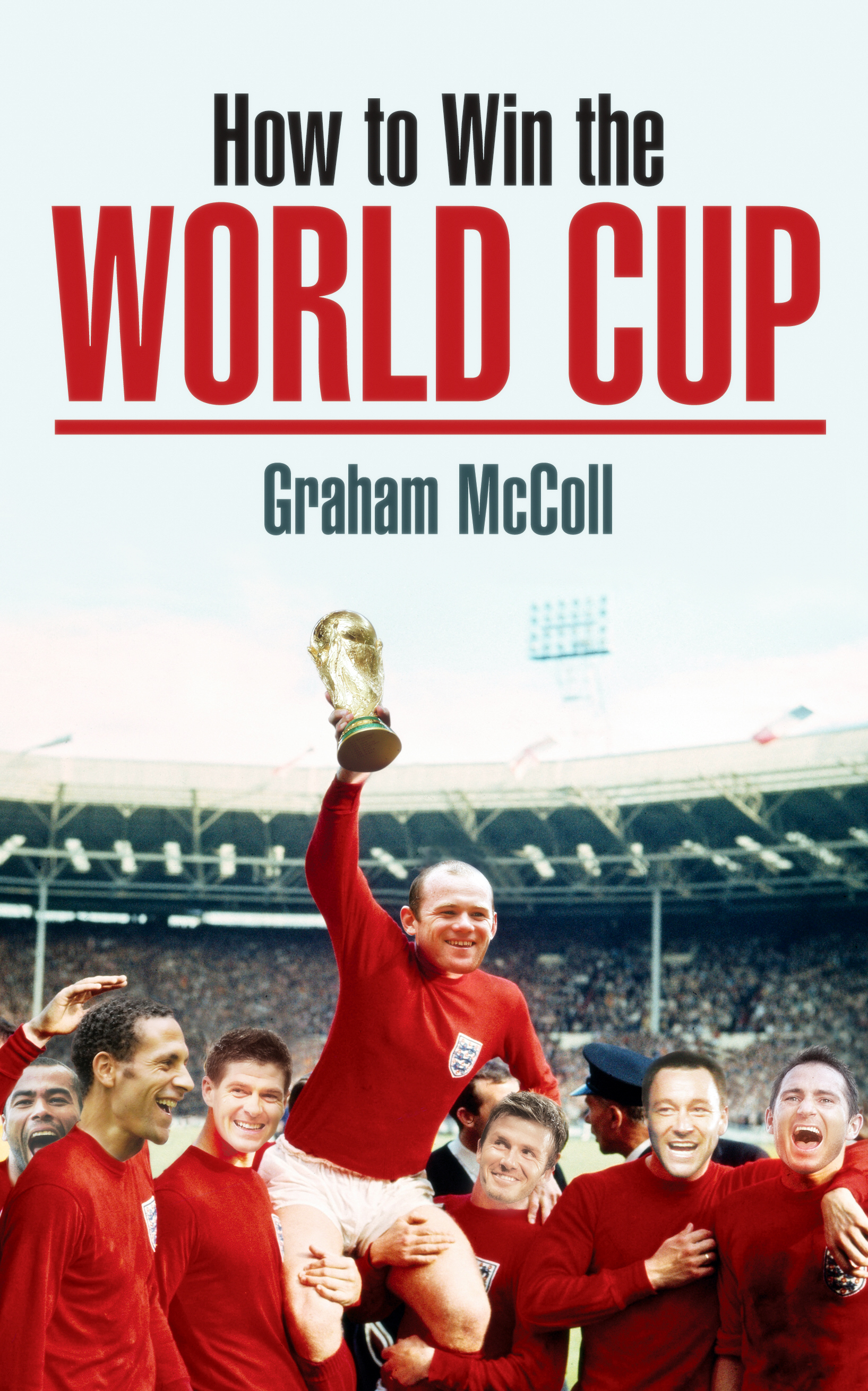 How to win the World Cup

Graham McColl is a writer and journalist whose work regularly appears in The Times, Four Four Two and When Saturday Comes. His many books include The Official Biography of Celtic, United We Stand and ’78: How a Nation Lost the World Cup.

Steve Amoia is a freelance writer, editor and translator from Washington, D.C. He writes the World Football Commentaries blog. He has written for AC Cugini Scuola Calcio, Keeper Skool, Football Media and Soccerlens. He wrote the World Cup History Test by Brainbench in 2002.

The reviewer and publisher at Soccerlens were not compensated for this article. We would like to thank Ben Willis and Kate Green at Transworld Publishers in London for providing a review copy.