Following up on my previous article about why the MLS will be successful in the future, I have realized that not many people know just how the MLS works today. Sure there are two tables, a playoff system, and some weird rules about players and salaries, but who knows exactly what goes on in this league? Fortunately for readers, I do, and for what I don’t know, the MLS website definitely does.

As mentioned before, the league is split up into two tables: Eastern Conference and Western Conference. The structure is based on the geographical distribution of clubs. Have a look at the image:

The MLS lumps all teams together into one table to decide on a couple of awards:

In the regular season, all teams play thirty matches. They play everybody home and away (that’s 26) and then play against a four teams from their own conference again. I’m not sure, but I think the four teams that each team play is assigned at random.

Major League Soccer, following in the footsteps of American leagues such as the NBA and NFL, have a salary cap. What this means is that each club can only pay their players a certain amount of combined money. For example, if the salary cap was set at $3 million, I could pay three players $1 million, or I could pay one player $2 million and the other two half a million. 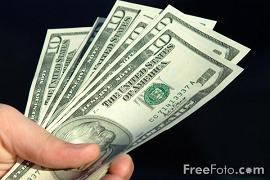 The new Designated Player Rule (known affectionately as the Beckham rule) allows each MLS club to pay two players as much as they want. Obviously, this is named after David Beckham because of his gigantic deal with the Los Angeles Galaxy that pays him between 4 and 5 million dollars a year until 2011.

There are many small rules about team rosters that are not worth going into because they never affect the game being played. However, one more rule to take note of is this: each team is allowed eight international players (or non-US citizens). Toronto FC, because of their Canadian location, have been given two extra international roster spots that may only be used on US nationals.

The SuperDraft and Supplemental Draft are also carried over from other domestic sports leagues, where clubs can acquire former college players and young players that are members of Generation adidas — a special program for gifted younger players.

Recap of this year’s MLS SuperDraft.

The MLS playoffs, known as the MLS Cup, are one of the hot debatable topics in American soccer. However, I am here to inform about the playoffs, not give opinions, so here it is.

Qualifiers for the playoffs are:

Of course, knowing how good a team is against clubs from its own country is a worthless endeavor if they aren’t going to be matched up against other clubs from across the continent (or the world).

There are two continental competitions that MLS teams are eligible for: the SuperLiga and the new CONCACAF Champions League, which fans have needed for a long time.

The SuperLiga is played between the top four MLS clubs and four clubs from the Mexican Premera División. The exact details of the competition have not been announced.

The CONCACAF Champions League will be played among 24 teams, four of which will come from the MLS. The top two MLS clubs will not enter until the group stage, but the other two will have to participate in a two-leg preliminary round. There will be four groups of four in the group stage, with teams playing all other teams in their group twice. The knockout round, all the way through to the Final in late April 2009, will be played over two legs. The winner of the competition will advance to the FIFA Club World Cup.

There are several things that will probably change. A few of these concepts (including the David Beckham rule and the allocation of extra international players) are up for review in 2009. Since the league is planning on having only eighteen teams by 2012, the single table and uneven scheduling will probably remain for a while. For now, fans will have to enjoy what the MLS has to offer until they make reforms to the format. Even when the reforms start, it is bound to be slow, just like the league’s expansion. So the key for MLS fans, as ever, is to be patient.