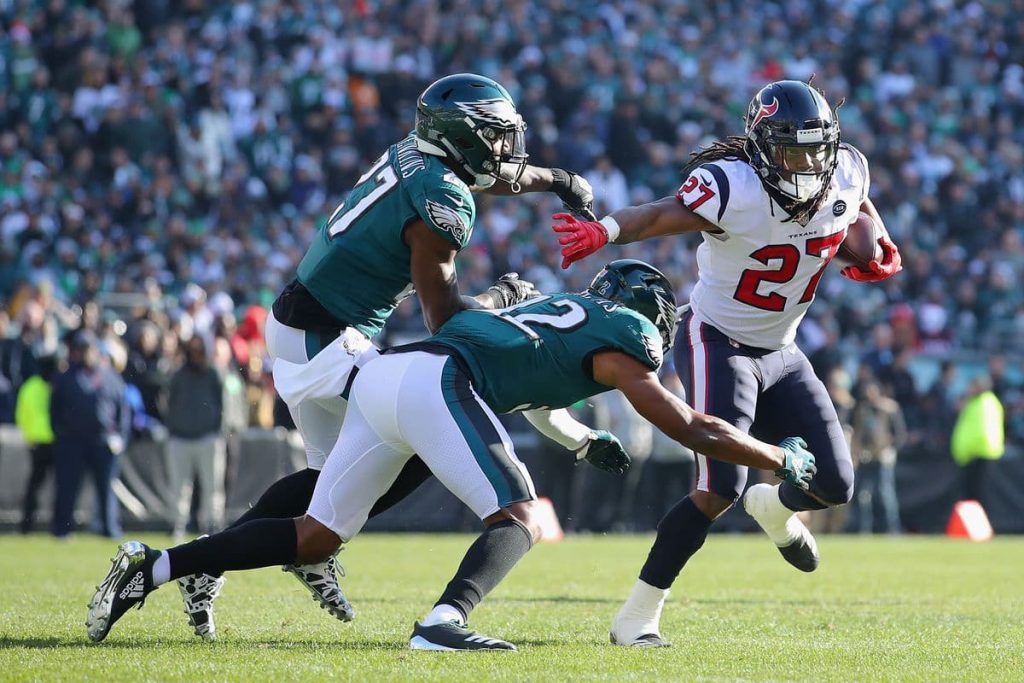 In perhaps one of the biggest mismatches in the NFL at this moment in time, the Texans will host the high-soaring Philadelphia Eagles on Thursday night. With our expert parlay picks on BetOnline, new users can also claim a $1,000 sports betting bonus ahead of the game.

For our first expert Thursday Night Football pick, we have selected Miles Sanders to hit his implied rushing yards total this evening against a Texans defensive tackle comprised of two rookies.

The Eagles running back has been tireless on the ground so far, putting up 563 yards in seven games this season, while he rushed for 78 yards on just nine carries against the Steelers last time out.

He has so far averaged 80.4 rushing yards across seven games and after an injury plagued start to his young career since his 2019 rookie year, it finally looks as if Sanders has hit the ground running.

It certainly goes without saying that the double digit spread for this contest is monumental, even for the 7-and-0 Eagles who are now second-favourites in NFL betting to clinch the Super Bowl.

The Texans have picked up just one victory all season, losing five and tying one, but for all they are lacking in offensive prowess they have managed to remain fairly strong defensively, ranking in the top four in the AFC for least points allowed.

The last six TNF meetings have all been seen a margin of 12 points or fewer, and Houston did cover their singular double-digit spread of the year as +10.5 underdogs against the Broncos.

The Eagles have been considerably more effective when playing at Lincoln Field, so we’re backing the Texans spread here.

Lastly, we round off our picks with AJ Brown, who should be able to cover this selection on his return to Texas.

He has quickly become a mainstay for the Eagles since making the switch from the Titans, and has excelled beyond expectations this season. Brown has plucked five or more passes for 65+ receiving yards in all but one his starts this season, including two 150+ yard outings.

Averaging 94.1 receiving yards per game on 5.5 catches, he should have a fruitful day against a stuttering Texans defence.