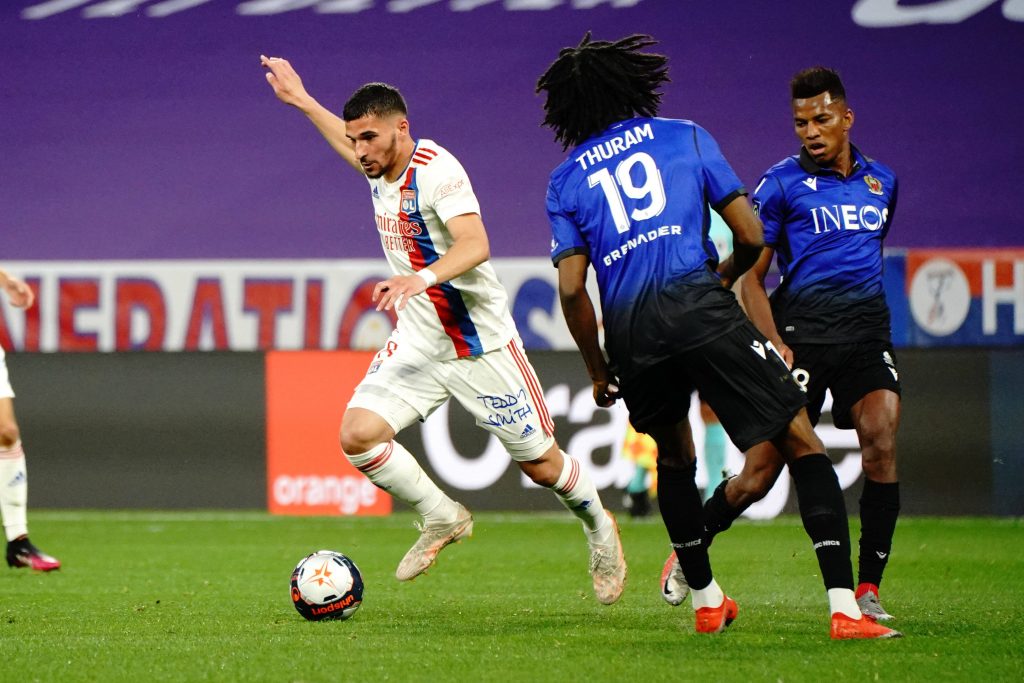 Arsenal have a growing interest in French international Houssem Aouar, according to journalist Rudy Galetti.

The Gunner wanted to sign Aouar last summer. They were prepared to bid €35 million for him, but Lyon were adamant that they wouldn’t sell the 23-year-old for less than €60m.

Les Gones are now more flexible with Aouar’s situation. Galetti claims that he could leave the club in the summer transfer window.

Le 10 Sport reported yesterday that the Gunners have lodged a formal bid for his services, although the exact details of the bid haven’t been disclosed.

Paris Saint-Germain and Atletico Madrid are also interested in the player. Lyon are now looking to offload him and use the money to bring new faces to the club.

The Gunners are desperate to bolster their squad and have been linked with several midfielders in the past few months.

Arsenal are close to signing Albert Sambi Lokonga, but it seems they want to bring more bodies in midfield, with Mikel Arteta looking to give his squad a fresh look.

They have recently been linked with Sander Berge, Piotr Zielinski, James Maddison, Ruben Neves and Manuel Locatelli and have now reignited their interest in Aouar.

The Frenchman is a class player and would be a terrific addition to the club.