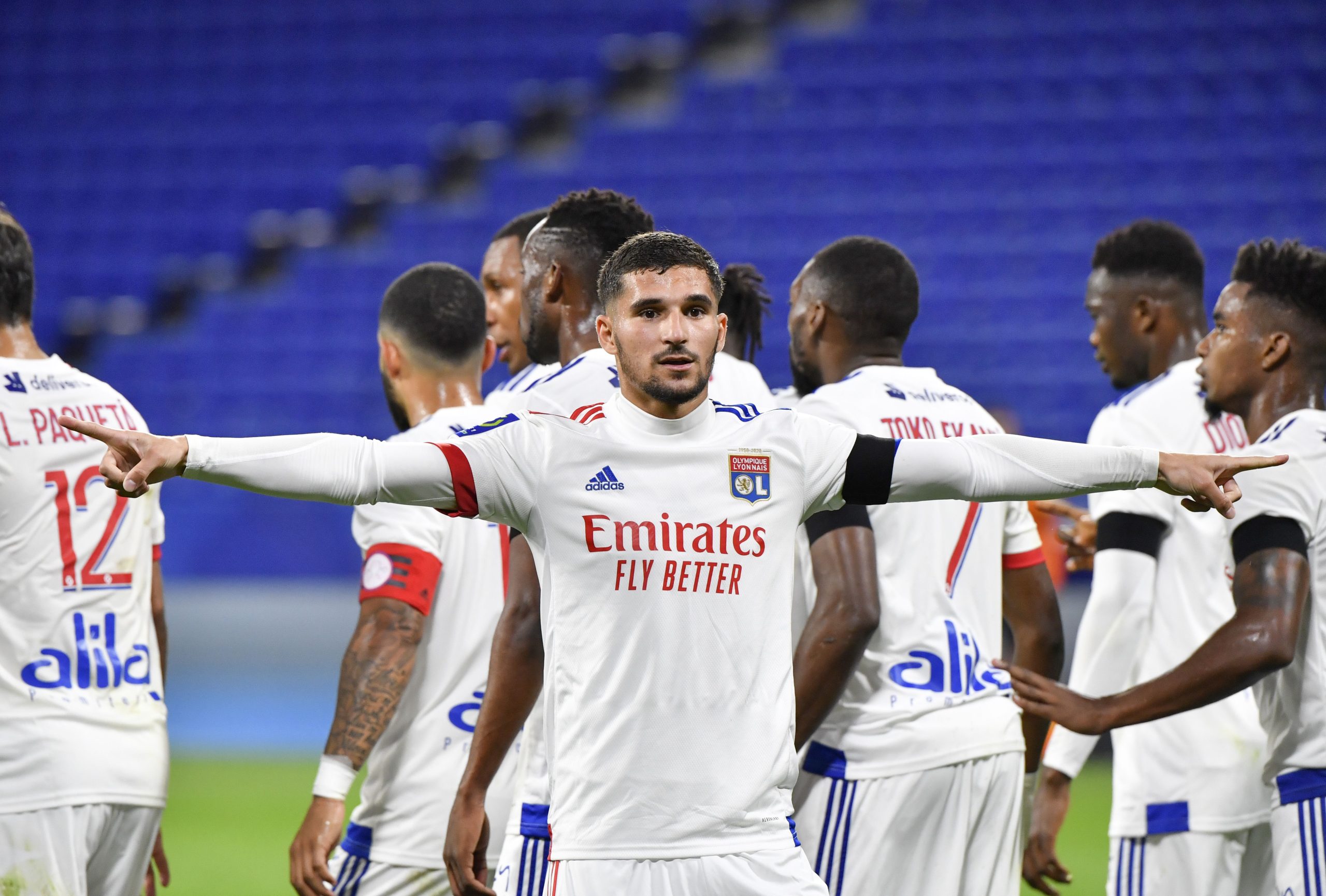 Arsenal have been urged to remain patient in their pursuit of Lyon playmaker Houssem Aouar.

Speaking on the Sky Sports Transfer Talk podcast, ESPN football expert Julien Laurens advised the Gunners not to splash the cash on alternative targets during the January transfer window.

Arsenal were linked with Aouar last summer but eventually turned their attentions to sealing a deal for Thomas Partey.

Laurens says that with Lyon still involved in the Ligue 1 title race Aouar won’t move in January, but he will be available in the summer.

“He still wants to leave and join a bigger league – but can Arsenal really wait until the summer to get that creative player?” he said.

“Do you wait for Aouar or do you go for an Emi Buendia? He would be cheaper, and he’s a slightly different profile, but he knows the culture of the league.

“Then there’s Marcel Sabitzer who is not maybe as creative as Buendia or Aouar as a pure number 10 with technical skills but brings you box-to-box energy and is very versatile.

“But Aouar would be huge in that Arsenal team – he would bring something a bit special.”

The 22-year-old has been in fine form for Lyon this season, scoring three goals with three assists in 14 league appearances.

His efforts have helped Lyon claim top spot in Ligue 1 after 18 games, three points ahead of Paris Saint-Germain and Lille.

PSG have also been linked with Aouar, although Laurens’ comment about him joining a ‘bigger league’ suggests that he doesn’t see his future in France.