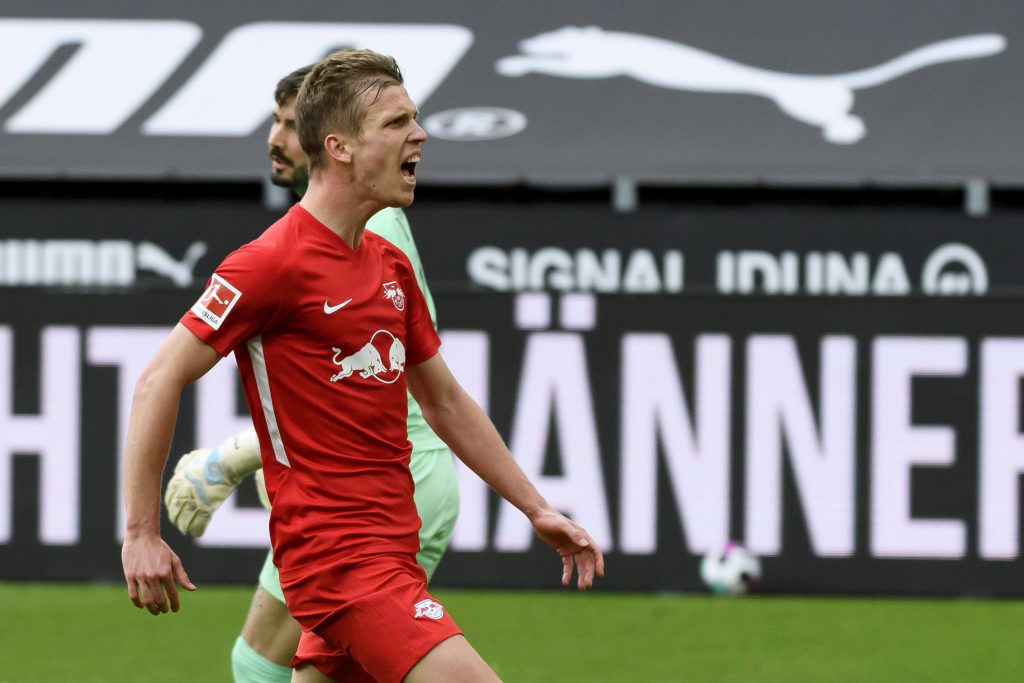 Dani Olmo has been heavily linked with a move to Barcelona recently with the 23-year-old said to be very keen to return to Camp Nou.

The attacking midfielder made it clear that he wanted to play for the Catalans when they tried to sign him in the summer.

However, he is not so sure now due to Barca’s reported interest in Manchester City’s Raheem Sterling.

And so he could decide to join United who are also very keen to secure his services, as per El Nacional.

The attacking midfielder’s current contract at the Red Bull Arena is set to expire in 2024, having penned a four-year deal in 2020.

Dani Olmo started his youth career at Espanyol before switching to Barcelona in 2007.

He spent seven years at the Catalans and later joined Croatian side Dinamo Zagreb in the summer of 2014.

The Spain international earned his senior debut for the Blues in February 2015 against Lokomotiva Zagreb. He made 80 league appearances for the Croatian outfit over the following years before landing a move to RB Leipzig in January 2020.

The 23-year-old has been impressive for the Red Bulls since his arrival in Germany. He has clocked up 48 Bundesliga appearances so far, scoring eight goals and creating 11 assists in the process (stats from Transfermarkt).

Olmo also has the distinction of earning 18 caps for the Spain national team, with three goals to his name.