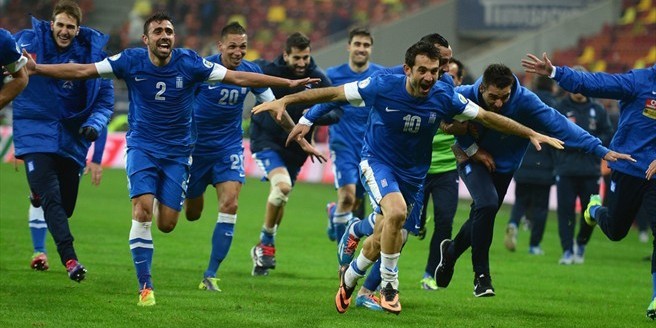 The Greece squad for the 2014 World Cup was announced on Monday, with manager Fernando Santos keeping faith with key striker Kostas Mitroglou, despite the striker having struggled for fitness during his disastrous four months at the now relegated Fulham. The 25-year-old was named in Santos’ cut, with the likes of the Bundesliga, Serie A, and the Scottish Premier League all contributing players to the final 23-man squad, including Georgios Samaras, Sokratis Papastathopoulos and Vassilis Torosidis. 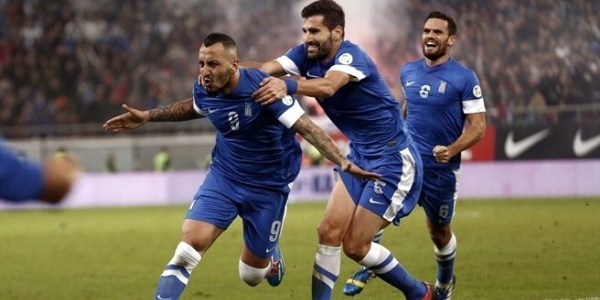 The World Cup is now only 21 days away, and excitement is starting to build. Greece will take on Colombia, Japan and Ivory Coast in Group C, and they will have to be at their best to progress to the last-16. The tournament comes ten years after Greece dramatic Euro 2004 win in Portugal, and will be the final World Cup for Greek hero Giorgos Karagounis.

The 37-year-old Greek captain, who spent last season with Mitroglou at Fulham, is the country’s most capped player, having appeared 132 times for the national setup, and will lead the side in Brazil for the very last time. He is remembered best outside of his home country for scoring the first goal of Euro 2004 with a long-range piledriver against the hosts Portugal.

It was a tournament that Greece went on to win in dramatic circumstances, and the World Cup this summer comes ten years after that famous night in Lisbon; could they pull off another shock? Betting on the World Cup has become a tricky business, what with so many formidable challengers for the trophy, but Greece won many punters a lot of money with their triumph in the European Championships all those years ago, and if you were to pick an underdog based on know-how, it would surely be them! If you fancy a flutter this summer, on Greek games or anything else World Cup 2014, head on over to Luckybet.gr.